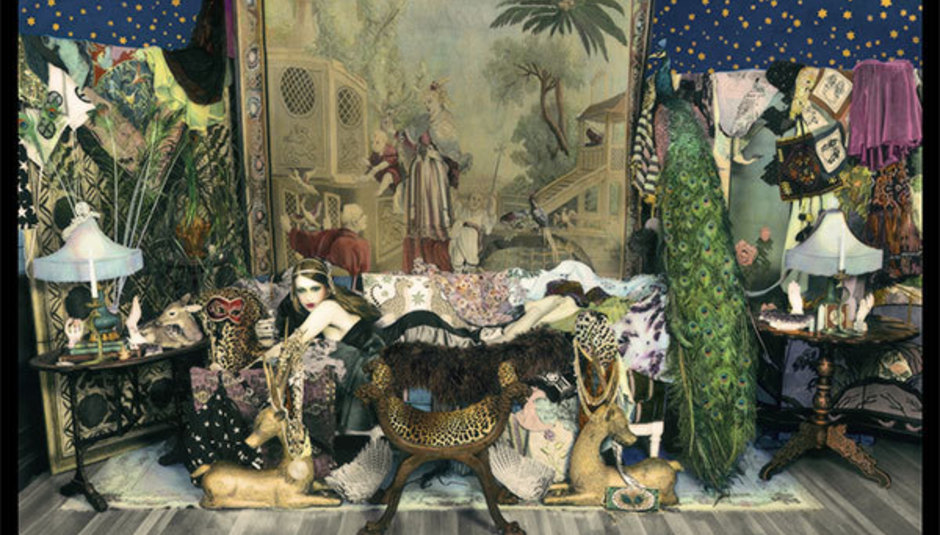 The Goddess of weird folk and most magical harpist in all of Christendom that is Joanna Newsom will be playing two whole dates (don't call it a residency, they've been doing it for years...) at London's Royal Festival Hall in May. Specifically May 11 and 12, which is a prime time of the year.

UPDATE: Excellent British folkist Roy Harper has been confirmed as the support for both RFH shows, which is absolutely great news.

She's currently in the process building up the promo and touring her next album, Have One On Me, which will now be released in the UK on March 1, slightly later than first planned. Which is only a slight downer. It also means she'll be around the area at the time of BOTH ATPs, which doesn't specifically confirm anything, but it makes it a smidgen more likely. We can hope, in any case.

Tickets go on sale on the Southbank Centre's website at 9AM on Thursday, though members will be able to snap them up a day earlier. As previously reported, Have One On Me will be a triple record, and will feature the following tracklisting. We think. You'll notice we've also included the song lengths. They are incredibly relevant.

For those of you who were expecting a trimmed and tight triple album, THINK AGAIN. It's 124 fricking minutes LONG. Anyway, arty album cover is below. Reminds me of those horrid Flapper gift cards the females in my family buy for each other. Also, well worth acquainting yourself with Roy Harper if you aren't already. 'When An Old Cricketer Leaves The Crease' is no doubt one of the greatest songs ever written.