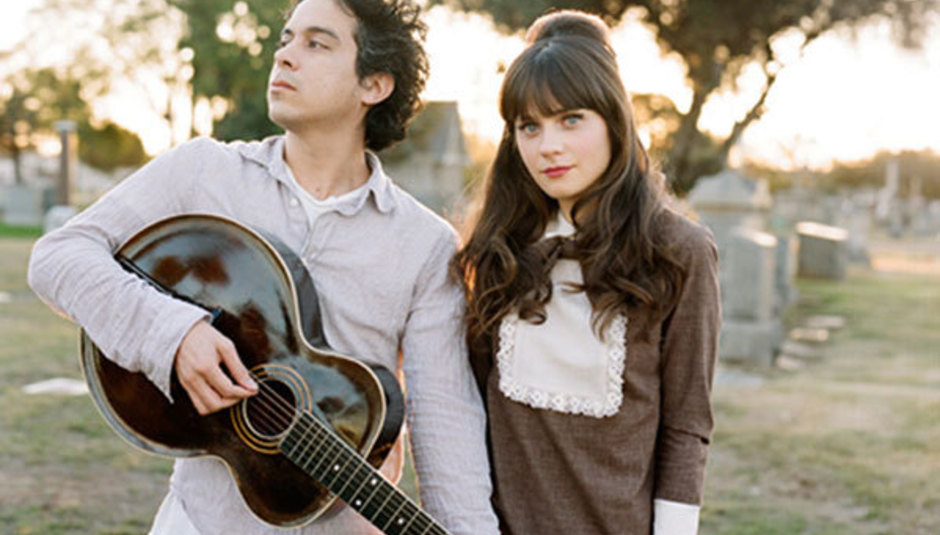 Why on earth would M. Ward want to work with someone like Zooey Deschanel? That's a question I often ask myself, but unable to find any particularly strong answer, I end up telling myself that M. Ward can do what M. Ward wants, and let it rest at that.

The news surrounding the Ward-Deschanel collaboration that goes by the name of She & Him today is that they've been confirmed to play the Matt Groening-curated ATP festival, which takes place over a weekend in May. At Butlins. In Minehead. It's their first ever UK appearance, too.

This leaves the line-up looking pretty well-rounded and that. It may even overtake the line-up for the Pavement curated one at some point in the not too distant future, just you wait. Elsewhere, there's a whole 'nother two acts added to the bill, the returning Liars, and Trash Kit. That all leaves the bill as below:

Should you be interested in more She & Him news, I'll tell you that they've got a new album out on April 5 through Domino, entitled Volume Two, following on from Volume One. Sequential, so.