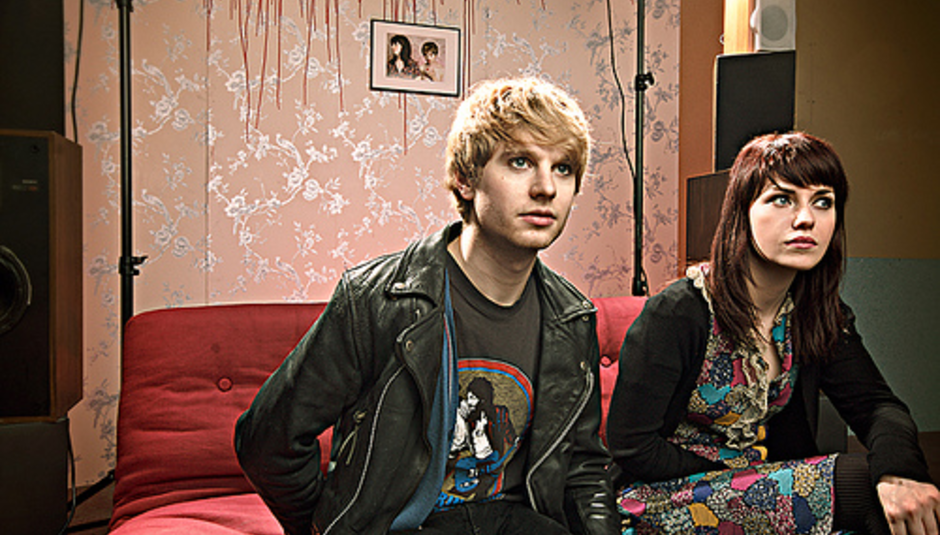 Brighton-based two-piece Blood Red Shoes are gradually cranking up their activities in the run-up to their new album, Fire Like This, which is out March 1, through V2 Records.

The album is preceded by a single, 'Light It Up', which sees the light of day on February 22. The video for that is available now, and you can watch it below. It features some particularly grubby looking people, as well as an overly rousing chorus, as if you expected anything else.

Of the track, Steve Ansell says:

“To me, 'Light It Up' is like our Pixies formula song, just groove on the verses then smash the distortion up full on the chorus. It's about feeling like everything is about to explode and that you want it to explode. it's about craving for chaos and upheaval and destruction because it might actually change something.”

The 'Shoes will be touring these dates, as well as a show at London's Lexington on January 28.