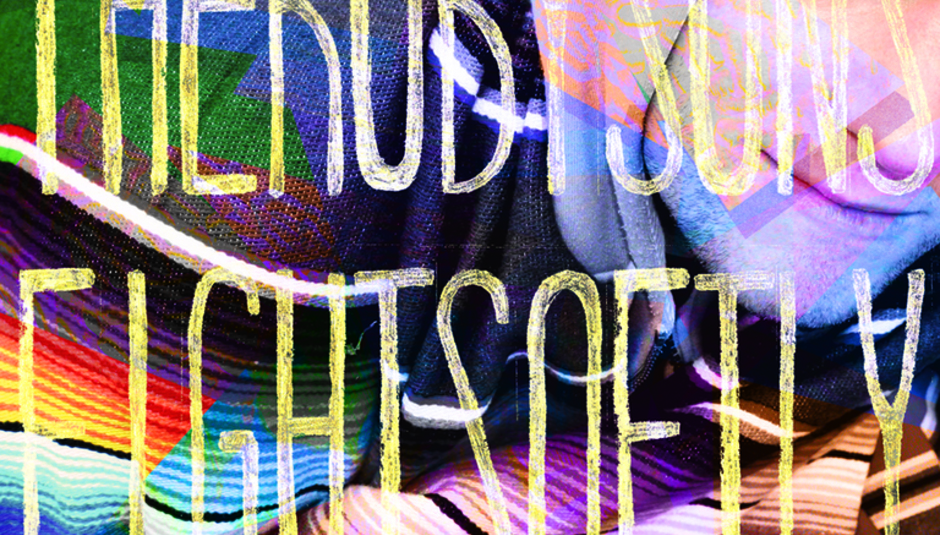 New Zealand's The Ruby Suns return this year with their third full-length, entitled Fight Softly, and to celebrate that upcoming release, we've got a both free and exclusive download of a track from it! Yes!

Fight Softly is released on March 1 through Memphis Industries. The track we've got is named 'Cranberry', which is described below, rather lazily taken from the press release.

“'Cranberry' captures a day trip to Cranberry Lake, a dream of a swimming-hole 90 minutes from Seattle on Fidalgo Island. The former is beat-buzzed bedroom R&B swathed in reverb while the latter is part tequila-drunk marching band, part Eastern Bloc candy rave.”

Here's what I say. Reminiscent in some ways of Animal Collective, but a bit crunchier. Before we give you the song, here's what the album art for the record looks like: Big. Now here's the track. Stream it, and/or download it by clicking that down arrow, my friend.

Click here to visit the Ruby Suns on MySpace.