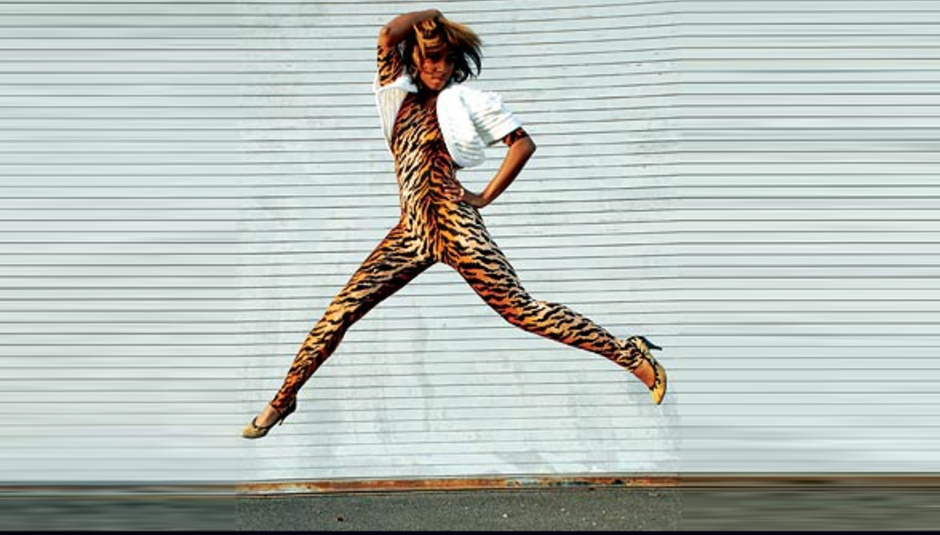 Somewhat of a Santigold news round-up for you here today. Firstly, and foremostly, the Philly cross-genre rappist is cross the genre boundary once more in producing legendary weirdos Devo. Pretty amazing, huh? Yeah, it may well be.

There's not a great deal of information about it, only that she dropped the news in an interview with Paste Magazine.

"It was amazing. They're my band idols. Them and the Smiths. I made them pull out the red hats and pose for a picture."

In other news, she also revealed she working on her new album, saying she's pretty damned excited about it, and so she might be.

In other other news, you may have been aware that she was due to climb Mount Kilimanjaro with Jessica Biel and Lupe Fiasco. That is happening NOW, we believe she's started the climb. It's for the Summit On The Summit, to "fight the global clean water crisis".

A few select tweets of what she said in the lead-up to it all:

Made it to Tanzania! Excited to be here even though my bag got lost! Luckily,I carried on most items for the mountain. I'll be climbin dirty!

Just zipping up my bags, spray-painted my boots black and put in gold laces. Gotta represent! Wish me luck... I'll tweet from the mountain!

Off to our first field visit in Arusha. Didn't sleep for a single minute last night. Shit! Hope I get some rest before the climb starts.

Had dinner and almost ate a larva in my spinach! Wow! Definitely not in NYC!

Iggy &amp; The Stooges and more for Matt Groening ATP