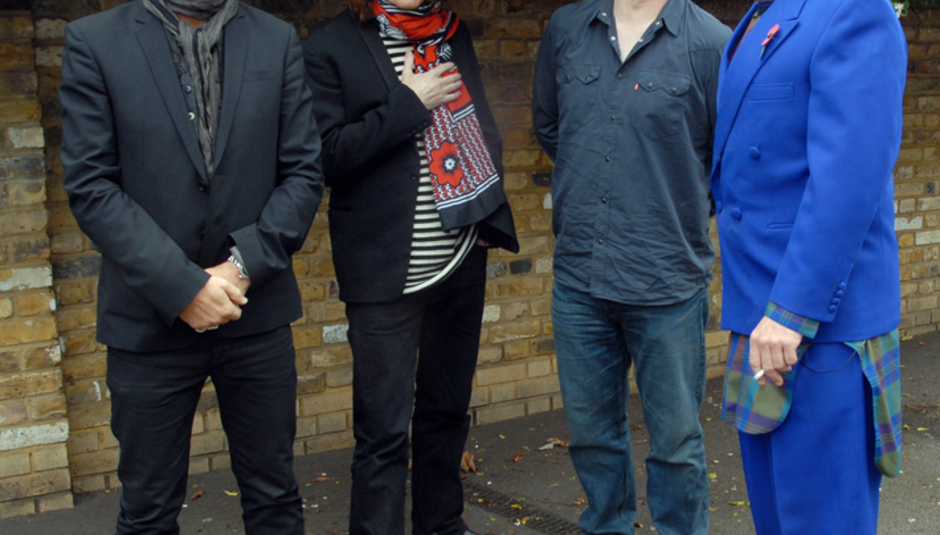 There has been a not inconsiderable degree of distrust pointed in the direction of PiL's comeback tour, much of it boiling down to three things: one, the not inconsiderable ticket price; two, the fact nobody really knows who any of the band are bar John Lydon; three, the fact the John Lydon of 2009 is best known as being an allegedly violent butter salesman.

Anyway, due to the drifts of snow that last night smothered London like a a parent attempting to do away with an unloved child, PiL's famously not sold out Brixton Academy gig was even less full than it might have been. To which Lydon said:

Those who could not make Public Image Ltd's first London date due to the weather and transport problems, their tickets will be valid at London's Electric Ballroom on Wednesday December 23rd. So don't miss out on a special show.

Anyway, we'd mock him further for the tour not shifting more tickets were it not for one key thing - PiL were absolutely astonishing last night. Sure they mangled a couple of classics ('Public Image' and 'The Suit' were shonky as you like) and sure they played some later material (which actually sounded stronger than you'd expect, though let's be honest: that's quite relative), but by and large this was astonishing. Sure Levene and Wobble were the musical drive behind PiL's glory days, but it's hard to believe the band's first incarnation ever SOUNDED so good live as an impressively tortured Lydon and this band of talented non-entities did last night. Focused mostly on the first couple of records and the big later singles, it was, by-and-large, the PiL set of your dreams - in particular a gorgeous 'Poptones' and coruscating 'Death Disco' sounded every bit as good as you could possibly wish. Fingers crossed they get the mix half so good at tonight and tomorrow's Electric Ballroom dates; DiS will be back in the house tomorrow evening, hoping yesterday wasn't all just a wonderful hallucination.

worriedaboutsatan announce March tour with Her Name Is Calla