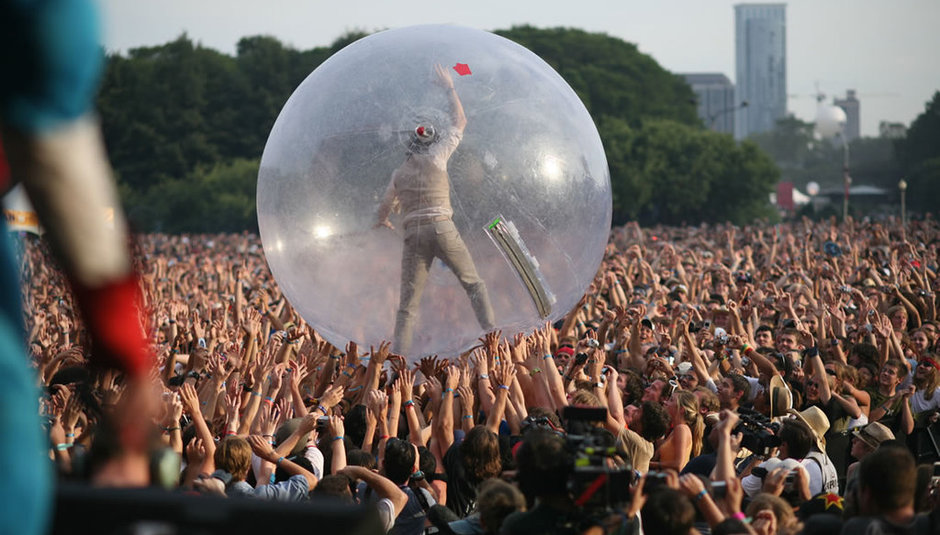 It may seem a bit early to be announcing festival headliners already, but apparently not, as The Flaming Lips have been royally unveiled as the main act for Green Man's 2010 incarnation.

The fact that tickets go on sale today was also probably a fairly large factor, but who can complain about buying a ticket not knowing who ANY of the bands are going to be. Seemingly nobody now.

Wayne Coyne and his band of merry men will be headlining the Saturday of the festival, obviously playing a vast MANY songs from their equally vast back catalogue, including I'm sure some ones featured on Embryonic. That'd be nice, wouldn't it? Yeahhhhh.

This is a band, remember, who are playing Pink Floyd's Dark Side Of The Moon in full at a live performance in Oklahoma City on New Year's Eve. They're also going to be releasing a probable download-only version of the album, which has also been covered by The Easy Star All Stars, in a dub-reggae style.

The festival takes place on August 21, 22 and 23 next year at Glanusk Park, in turn in the Brecon Beacons national park - that's in Wales for the geographically challenged of you. Get your tickets by clicking here and visit the official website here.