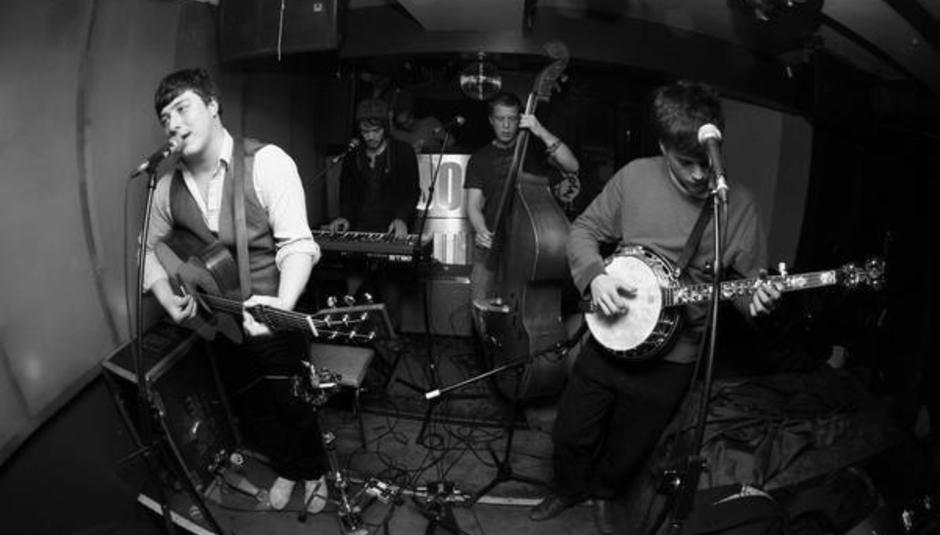 So, you may remember that quite an ridiculous length of time ago, we set up a little thinagmy for you to quiz Britain's new-folkers Mumford & Sons. Yes, that's right, they would answer your questions (in)directly.

As said above, that was some while ago and, though we try not to be too tardy with things, we've finally got round to asking them what you wanted to. We filmed it and everything! You can watch the final product below.

MUMFORD AND SONS VS. THE FANS!

They've also recently announced a Spring-ish tour. Catch them at the following dates: