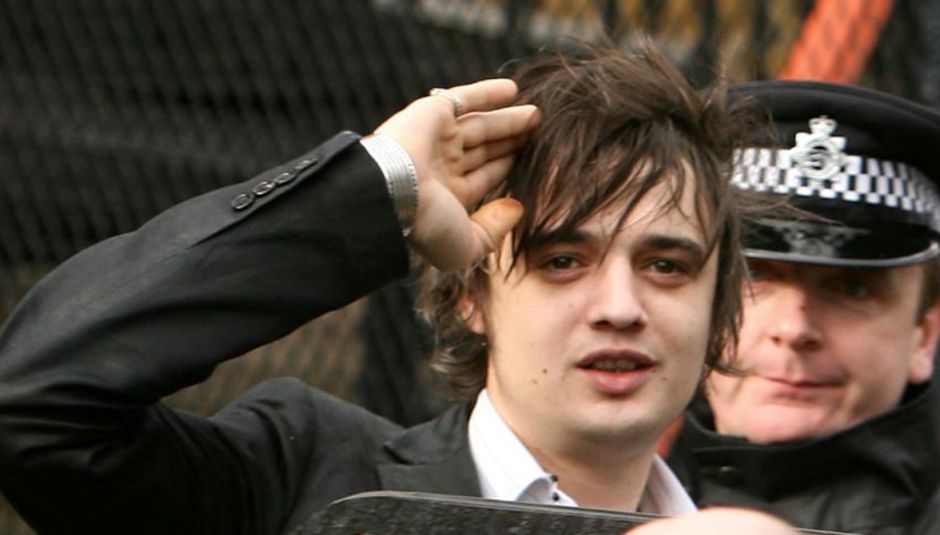 "Pete Doherty ist ein Dummkopf!" is what some Germans might be saying right now, although some may be using stronger words like "Arsloch", for example. Why, you ask? Well, it may be something to do with his SINGING of the German national anthem under the NAZIS -'Deutschland über alles' or, the 'Deutschlandlied' - at a festival in Munich. Probably not a good move, to be completely truthful (via Sky News).

The Babyscrambles and former Libertines frontman was performing in Munich when the incident happened. He was then directly taken off stage, as well as from the airwaves - there was a live radio broadcast of the show at the time.

Doherty performed the song's first verse, which was adopted by the Nazis as their anthem. It obviously now has certain connotations, much like the name 'Adolf' and 'Hitler'. The same actual tune (written by Joseph Haydn) is used as the German national anthem today, but with the third verse being used in place of the first.

It's unknown whether Doherty failed in an attempt to play the German national anthem, whether he's completely stupid, or whether he's just incredibly insensitive and/or a fan of the Third Reich.

"We decided to stop Peter Doherty's appearance on stage as quickly as possible. The live radio broadcast was cut immediately."

"To say it like the Brits do: We are not amused. Unfortunately this wasn't foreseeable; live is live."

Yeahhhhhhh. Understandably unamused. The Libertines had a song called 'Arbeit Macht Frei' from their self-titled record, which didn't go down to well in Germany either, for quite obvious reasons - it was the slogan and motto of the Nazi labour camps. Was denkst du?

Doherty has now apologised for this misunderstanding (via NME.com), of sorts. His spokeswoman told Sky News:

"[He] wanted to celebrate his appearance in Munich by assimilating and integrating with the crowd, something he tries do wherever he goes."

"He was unaware of the controversy surrounding the German national anthem and he deeply apologises if he has caused any offense."

"Peter himself is from Jewish descent and has fought against racism and fascism with numerous organisations including Love Music Hate Racism. This is a subject he feels very strongly about."

Click below to watch a video of the performance, as well as one of Schumi.