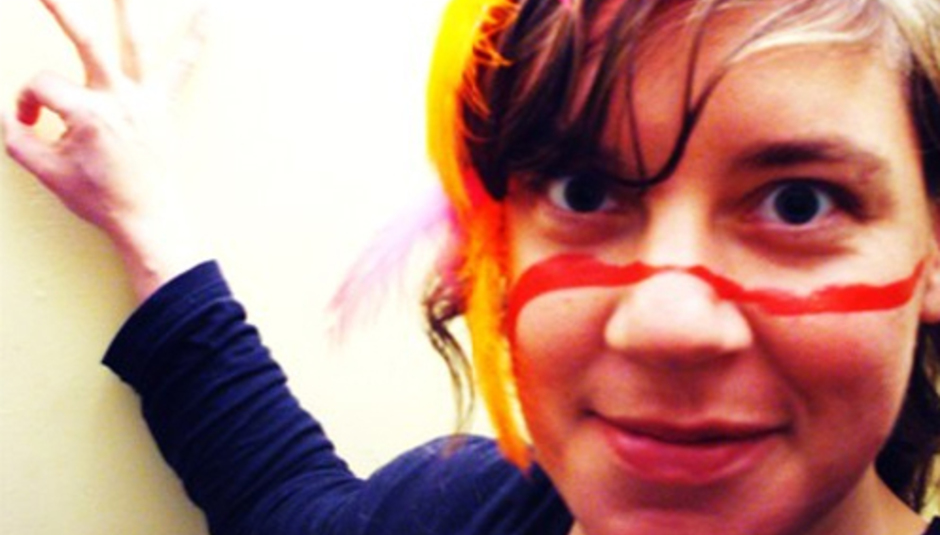 Aren't 4AD great? Only earlier this day I was walking down the street, hands saddled with shopping and chest filled with the remnants of some kind of flu, wondering "if I had to get rid of one of 4OD or 4AD, which one would I choose?". It took me, literally, from the time the carrier bag splitting open in front of me to me stepping on my freshly-bought half roast chicken with my mangled clodhoppers for me to realise that it'd always have to be 4AD. Right, people?

Then, I get back to the flat/office/bedroom and discover that 4AD are doing something called 'Sessions' which, as you can probably guess with minimal effort, is the same meaning of the word within musical circles it's always had. This time, however, it features the newest signings to the label performing tracks from their back-cat, as well as alternative and 'different' versions of their own tracks.

Here we have the first one, from tUnE-yArDs, or Tune-Yards or Merrill Garbus, as we'll be calling her/them from now on. It is my view that anyone using that aLtErNaTe StYlE fOnT should be erased from humanity forever more but, given the music, we can make an exception.

She gets joined in his session by Nate Brenner, all of which is as a prelude to her forthcoming record, Bird-Brains, which is released am Montag! Bird Brains indeed.