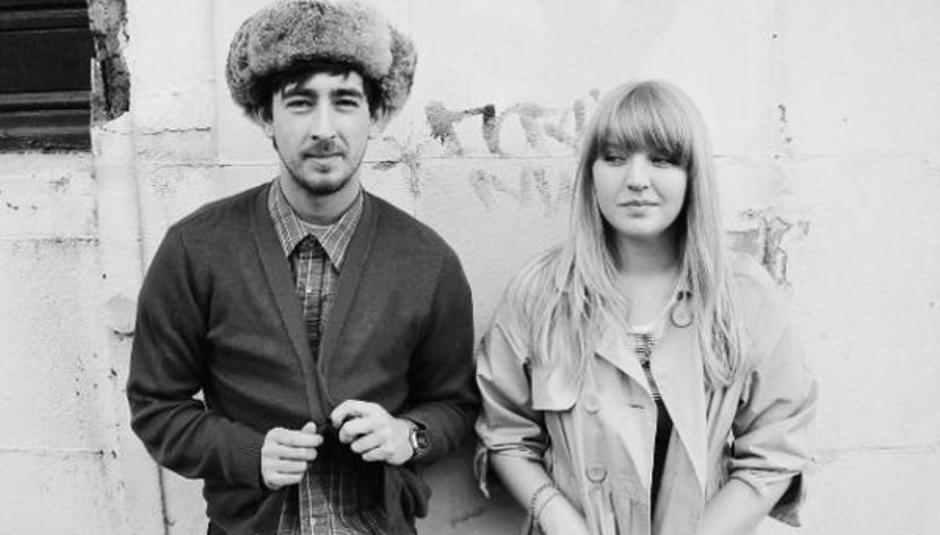 It's only just November, which means Christmas is little over seven weeks away, which means we have to enter the festive spirit around about now-ish? After Bonfire Night, anyway. That's exactly what Slow Club have done, announcing ANOTHER Christmas single, following on from last year's 'Christmas TV'.

This year we'll see 'Christmas, Thanks For Nothing' being released through Moshi Moshi on December 14, in time for Christmas, obviously. There will also be, we think, a couple of b-sides on the single, with both being covers of Darlene Love Christmas songs. Rebecca will cover the Spector-written 'Christmas (Please Come Home)' whilst Charles will submit his take on 'All Alone On Christmas' which was, of course, features in Home Alone 2, the unworthy sequel to the original.

It's perhaps best not to indulge this early in Christmassy stuff, but since I've already written a news piece on it, I best stick the video for last year's 'Christmas TV' in anyway. As an aid.

The duo will also play a show in London at the Union Chapel slightly after the single release, taking place on December 17, having done a similar thing last year. Tickets are priced at £11.50 and are available from Live Nation