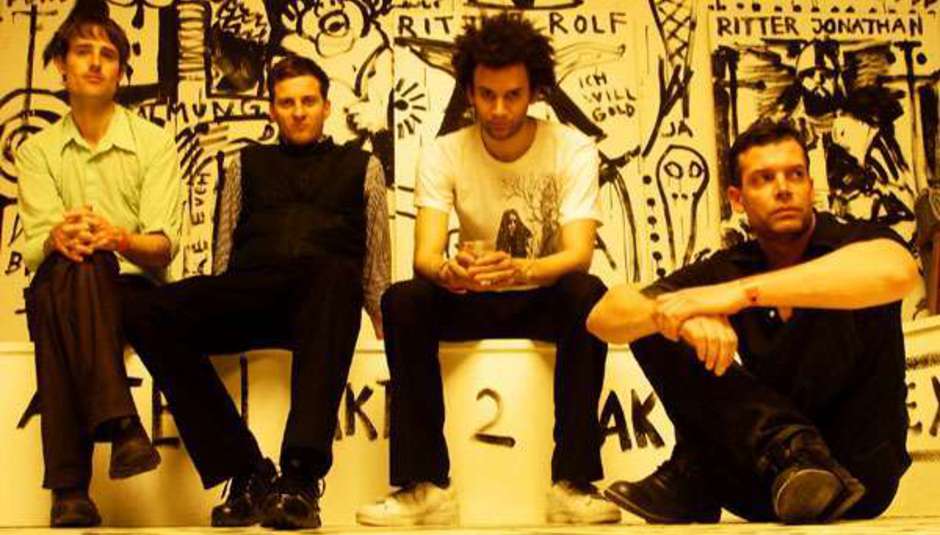 Math-rock protagonists Battles have just confirmed a brief European tour for early December, in addition to the dates that were announced before, there's a couple more thrown in for good measure.

Plenty of opportunities there. They'll be performing long and eagerly awaited new material at the shows which, by all accounts, seemed to go down pretty well at the Warp20 event in New York in September, so we've heard. Apparently one has the working title of 'Sanford & Son'.

It'd be a complete lie to say we don't want them to get the hell on with their new album. We'll have to wait a little bit longer, however, 'cos it's not coming out 'til the second half of next year. BOOO.