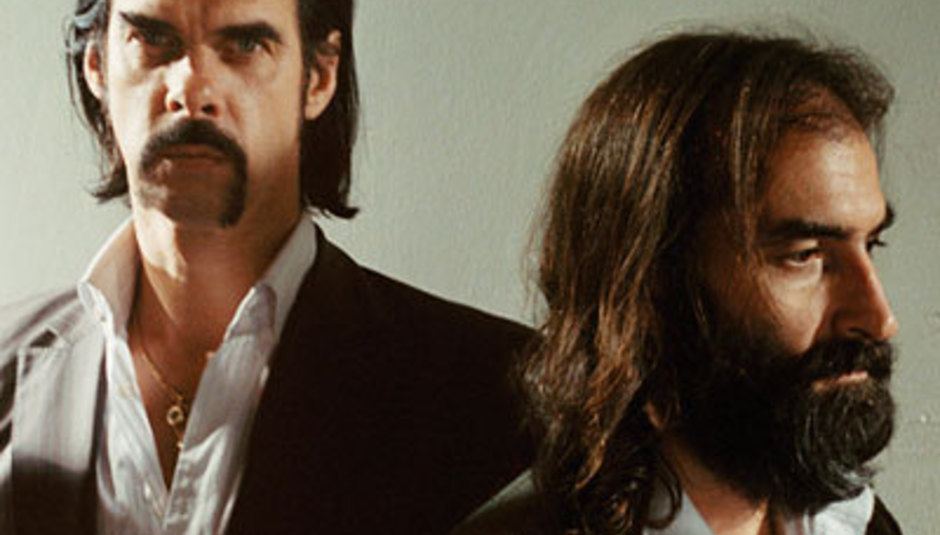 Nick Cave and Warren Ellis are a formidable duo when it comes to facial hair. With Cave's totally badass handlebar and Ellis' full-face of the fuzz, it's a match made in hirsute heaven. Enough about facial hair, however, you're not here for me to ramble on about sideburns all day.

Obviously, they're also a proper musical duo, having worked together for over fifteen years, working on various projects and film scores and soundtracks, something of interest here. They've just released a double album entitled White Lunar, which is a compilation of the music they composed from various films along the years, cinematic scores and previously unreleased material. Neat, huh?

We're giving away a signed copy of the double CD to THREE VERY LUCKY READERS.

All you have to do to be in with a chance of winning is answer the following question in the comments section below, for which you'll need to be a member.

Q) Nick Cave recently released another novel. What was it called?

Winners will be selected at random and notified via PM on this website, so keep your eyes on your inbox. Competition runs until 1300 on Thursday November 5.

Here's what's on the album, anyway:

CD1 Tracks 5-11: from The Proposition

CD1 Tracks 12-17: from The Road
Soundtrack by Nick Cave & Warren Ellis.
Directed by John Hillcoat. Based on the book by Cormac MacCarthy

CD2 Tracks 4-5 & 13-14: from The Vaults
These tracks are from the Cave/Ellis vaults/archives

In all of the giveaway excitement, let's not forget that, as of yesterday, there's also a free White Lunar fanzine available, something includes an interview with the guys as well as information about the films they worked on, and copies of e-mails from one to the other, giving a valuable insight into their working process. Click here for the White Lunar fanzine.