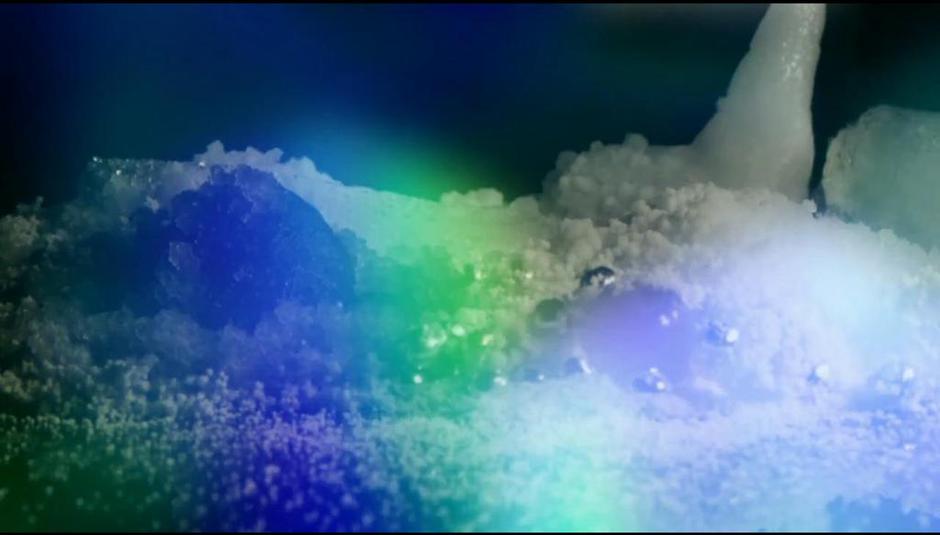 Earlier last month we reviewed Vladislav Delay's new record Tummaa, giving it a welcome mark of 7/10. The song of the video for 'Toive' was described by Noel Gardner as:

"...making so much from so little: insectoid synths jibber away, guest musician Lucio Capece plays what I assume to be a clarinet (it gets sonically upended so much by Ripatti, you can never be totally sure), a singular, crashing drumbeat repeats for seven minutes before everything goes a bit curdled and glitchy, and we start over again. It’s sort of like a scene from an ancient and very likely racist film where pith-helmeted explorers tread gingerly through the jungle towards the sound of the uncolonised savages’ tribal percussion."

Which sounds pretty fantastic, all in all. Here we have the video for that track, which was directed by Carolina Mellis and Lorenzo Sportiello. You be advised to watch it if you like ambient electronica combining with images of crystalising substances.

Mr Delay, a.k.a Sasu Ripatti will fly over to the UK for a Vladislay Delay appearance at London's Union Chapel on November 12. He'll be joined by the Argentinian saxophonist Lucio Capace and the show will be co-headlined by Norwego-Anglo Food, with support from Eyebrow.