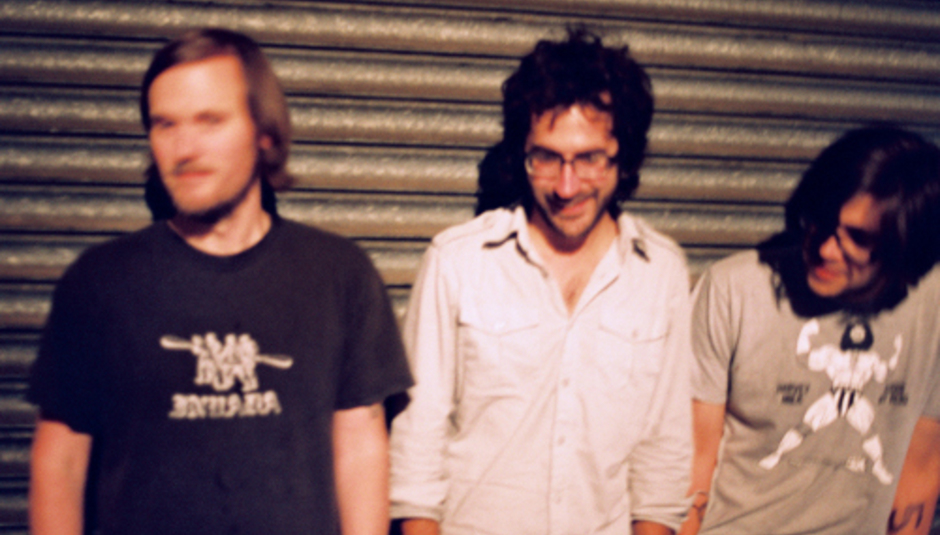 Bristolian supegroup BEAK> have announced their first tour of the UK, playing two dates in November and six dates in December, including ATP's 10 Year Celebration festival at Butlins, Minehead.

The band - made up of Portishead's Geoff Barrow, Matt Williams and Billy Fuller - release their debut self-titled record today on Invada Records.

A limited edition box set version of the record is available to order from the Invada website. This LimEd will contain a CD of the album, a LE CD, 12" vinyl with two bonus tracks and a t-shirt, which you can wear at your own leisure.

The album was recorded 'live' in one room with no overdubs, with the band using only edits to create their arrangements, over 12 days in SOA's studio in Bristol.

Here are those dates, and ticket links:

Click below to watch a video of the guys in action, set to 'Iron Acton', taken from the album. Also click here for a free download of 'I Know'.