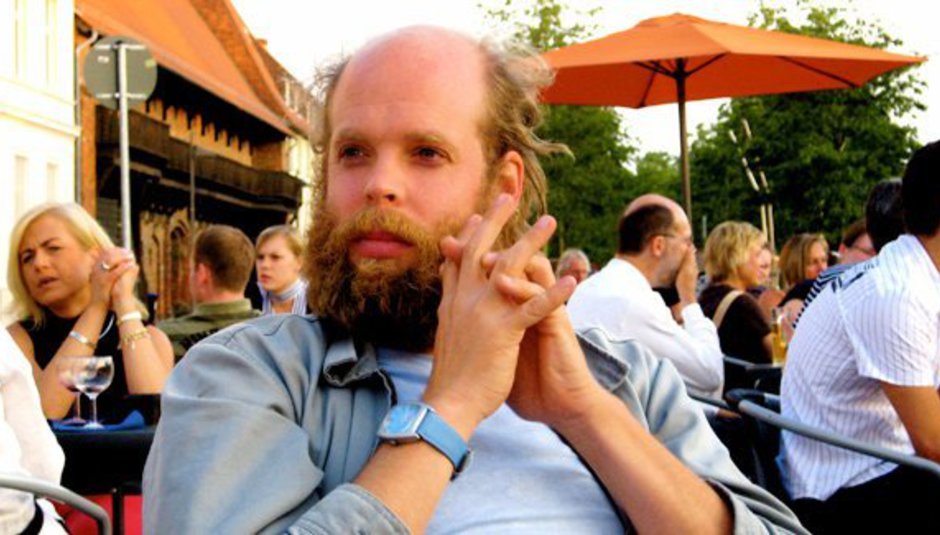 King of a certain genre that is FOLK Bonnie 'Prince' Billy, alias Will Oldham, is to release another album this year, following on from the so-so but still quite good effort from March, Beware.

This one is a 'live' record and is called Funtime Comedown which is exactly the mood it's best to be in when listening to some of his more, well, outwardly depressing records and songs. For instance, I dunno, I See A Darkness.

We say 'live', by which we mean 'live-in-studio' which is sort of live and sort of not. So you could just call it an album proper. Which we may now be doing. The record will include versions of songs from his BPB incarnation as well as stuff from the Palace Music/Brothers period, some of which is his finest and darkest work.

The record, reports Pitchfork, is credited to the mystical entity that is Bonny Billy and the Picket Line. Which is, perhaps, a statement in solidarity with the striking postal workers in this country? Another Billy, of the Bragg variety would surely be proud.

Orrrrrr it could actually be because he's backed by his homestate Kentucky's Picket Line bluegrass band, so expect all that is associated with that genre and a bit more. Anyway, that band are described as "the official dance band of Funtown, a metaphysical little community in the woods outside Louisville," which all sounds very mystical.

We believe Funtime Comedown will be released on November 17 through Drag City in the US, which should mean it's released through the wonderful people at Domino Records in our fine country. Dates. Diaries. Pens. Set.