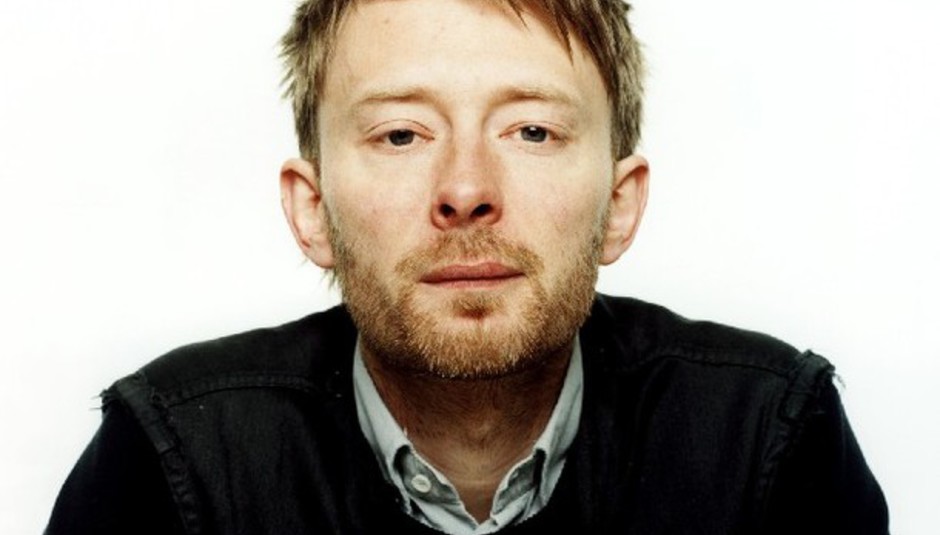 Radiohead frontman and spokesman for a generation Thom Yorke has announced that yet more of his work is to be released, this time two singles; one called 'Feeling Pulled Apart By Horses' and t'other 'The Hollow Earth' (via Pitchfork).

Thom does the explaining himself on Radiohead's blog.

"This is to inform you of the release of two more bits of work shortly. They are loosely under the Thom Yorke name this time, although these days its all getting kind of blurry. FeelingPulledApartbyHorses is written & played by Jonny and I and is a radical rework of an old tune thats been kicking around without a home since 2001? i think. The Hollow Earth is a bass menace that was born out of the Eraser period but needed a little more time."

Both were produced by Nigel Godrich (who else?) and mastered by Bob Ludwig. They'll be released on 12" with sliced sleeve from Stanley and Tchok and will be available from September 21 from the w.a.s.t.e section of the Radiohead website, accompanied by a free download. The official release date for them will be on October 6, Yorke writes.

In other Yorke related news, he's announced there will be a video released for his cover of Mark Mulcahy's 'All For The Best'. The video has been directed by Melinda Tupling and will be premiered at the September 20 benefit concert for 'Ciao My Shining Star: The Songs of Mark Mulcahy' which will be released on September 29 in the US.

The concert is going to be held at the Music Hall in New York's Williamsburg and will feature performances by Frank Black and David Berkely as well new additions of Winterpills, The Gravel Pit and The Mericans.

Yorke worked with his brother Andy on the track and Andy also contributed the title track to the album. 'All For The Best' will be released in the UK as a single with a limited number of 7" being made available.