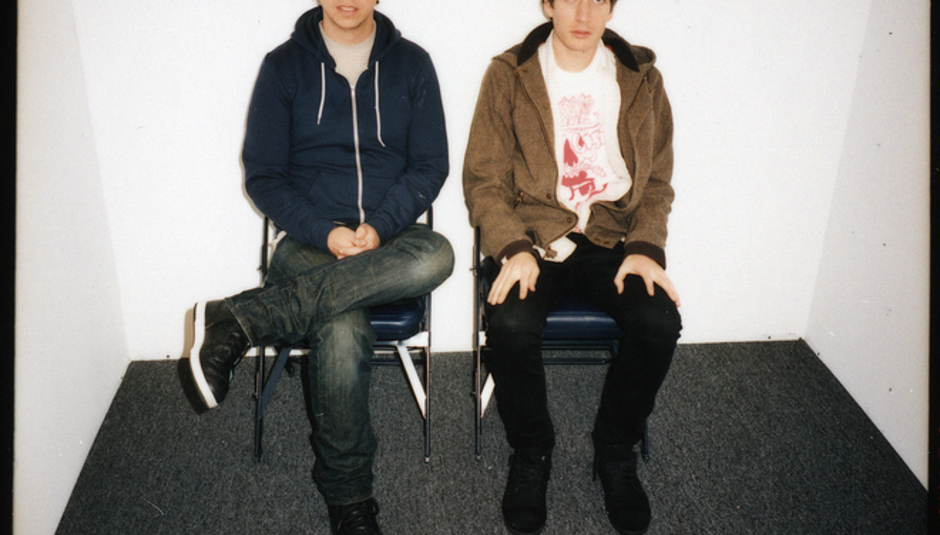 As we told you earlier in the month, LA combo/duet/couple No Age have a new EP out in October. The EP is titled Losing Feeling and the band have made available in advance an mp3 of the final track of the four, 'You're A Target'.

All you have to do to get it is click here, save it to your desktop, memory stick, 3.5" floppy or whatever storage device you use and listen away.

It is, you'll hear, unmistakably No Age. And, if that little taster has got you into the mood for more, then get yourself over to Sub Pop's official website and listen to all four tracks from Losing Feeling at once. You'll need to sign up to do so but it's a small price to pay and takes literally half a minute.

The EP is released officially on October 5 on 12" vinyl and in some kind of digital format. The lads also recently announced a mini-European tour, dates below:

And, before you smart alecs point out that West Germany is no longer a political entity, before going into the greatest depths about the history of Berlin and Deutschland we remind you that it's also the name a venue in Kreuzberg.