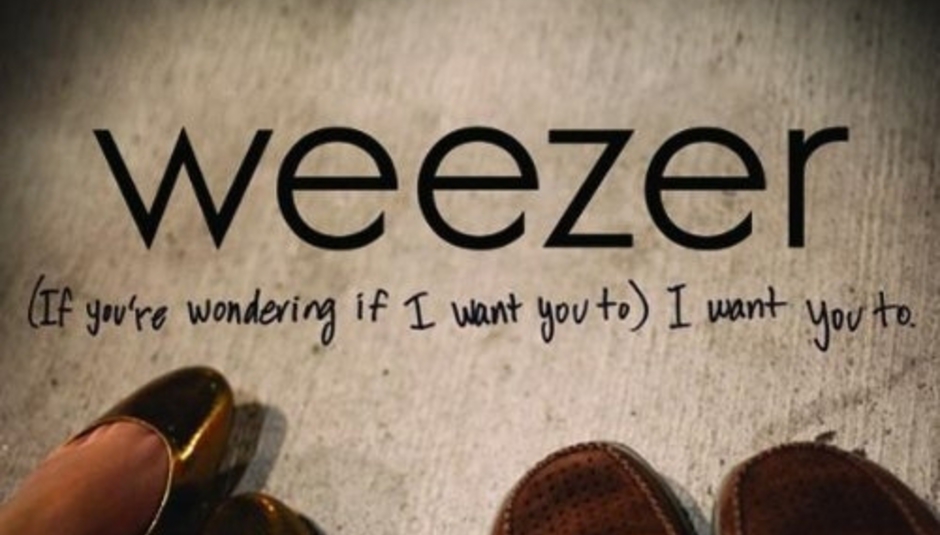 If You're Wondering: Weezer confirm new single and album deets

One time guitar-pop geniuses Weezer have revealed details of the follow-up to 2008's self-titled red album, as well as an upcoming single taken from the new record, their seventh studio recording.

So, that's all the details of the single 'If You're Wondering If I Want You To (I Want You To)' which is going to be played across the USA today and goes on sale on August 25. The art work looks much like this: And, details were also divulged about the album...

So, yeah, it's called Raditude if you couldn't work it out. And yes, it probably is their worst album title to date.

Other important details you may want to take note of are that it's out in the US on October 27 and it was produced by Jacknife Lee and Butch Walker. So far we know that one track is called 'In The Mall' but that is all.

Though all of the above dates for releases are, of course, 'merican, we all bloody hope that we can get a sniff of the new material soon. But Raditude? Fuck.