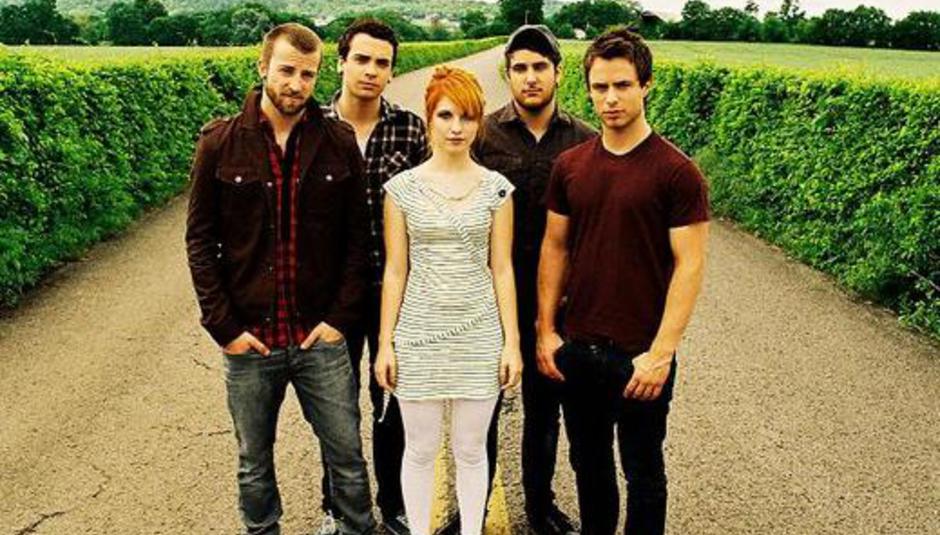 DiS guilty pleasure and rather popular rock/emo band Paramore have revealed details of their third album.

The follow-up to their two-million-selling LP Riot!, is the all in lower-case brand new eyes. The album will hit stores on September 28th via Fueled By Ramen. Preceding the album is the single ‘Ignorance’ on September 14th (the vid will be online on Thursday), which was one of the tracks they played on their US tour with the recently reunited No Doubt - see it captured at pathetic quality here.

The press blurb about the album says things like:

"The new 12-track collection is unquestionably Paramore’s best and brightest album to date, fit to burst with all the exuberant melodies, breathless hooks, and irrepressible energy that has made the Nashville-based band one of the most popular rock outfits in recent memory."

"brand new eyes is a case study in the band’s versatility and contains as many driving, fist-pumping anthems like first single ‘Ignorance’ as it does upbeat pop masterpieces like ‘Where The Lines Overlap’ and lilting, acoustic ballads such as ‘Misguided Ghosts’. “We really tried to venture out and experiment with our sound to see how far we could push ourselves this time around,” Josh (lead guitar) explains. “‘Misguided Ghosts’ is just finger-picking and that’s not really Paramore’s sound but for some reason it works.” he continues, “I don’t think it would have fit on RIOT! at all, but it’s definitely the perfect song for this album.”"

DiS just hopes it contains genuine emo lyrics as ridiculous as "I burned every bridge I ever crossed" and "Nothing compares to a quiet evening alone".

Oh and tracklisting is:

DiS will have a first listen report early next week. Tour dates coming soon. If the above didn't contain enough facts, visit paramore.net.