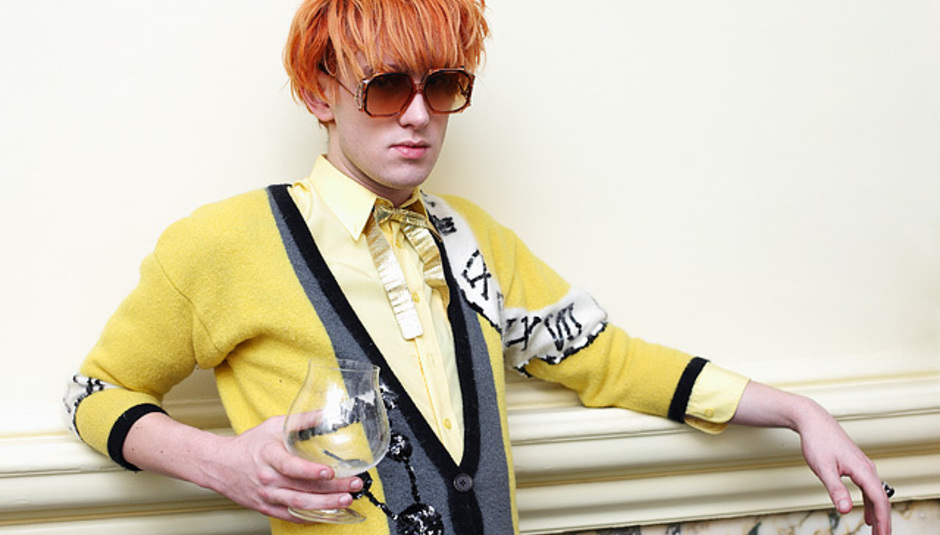 Patrick Wolf has just announced a show at the London Palladium for this November. And guess what...WHOOPI GOLDBERG was the inspiration for the choice of venue. That is a line I bet you never thought you'd read.

Wolf says he was at a photo shoot in New York trying to think of the venue for his ultimate "fantasy show":

"It was between The London Palladium and The Theatre Royal, so I sit down for a burrito in the studio cafe and from behind me in walks Whoopi Goldberg and gives me a hug! Seeing as the Palladium was the chosen venue for her latest ‘Sister Act’, I thought it pretty obvious what the stars were telling me."

"The Palladium is the perfect venue to debut "The Bachelor" with string section and gospel choir, to hear the songs in their original arrangements live. This will also be a moment for me to document my work from the last three albums and bring a third dimension to “The Bachelor” live, sonically and visually. So, be prepared for a dark, magic trooper show with special guests and duettists, costume changes and all for one night only.”

Not that everyone doesn't sort of prepare for costume changes and magic trooper shows when seeing the Wolfman anyway, but the special guests - as yet unannounced - will be worth a peek. Chances of Whoopi being involved in one? Well, you never know...

The show takes place on November 15 and will see Wolf perform songs from his latest one, The Bachelor, as well as songs which had been written with the intention of performing live with a full string section and a gospel choir.

Tickets for the show will go on an exclusive 48 hour pre-sale from Wednesday July 29, where fans can have the option of buying a limited edition Patrick Wolf designed t-shirt.

Get them from here.