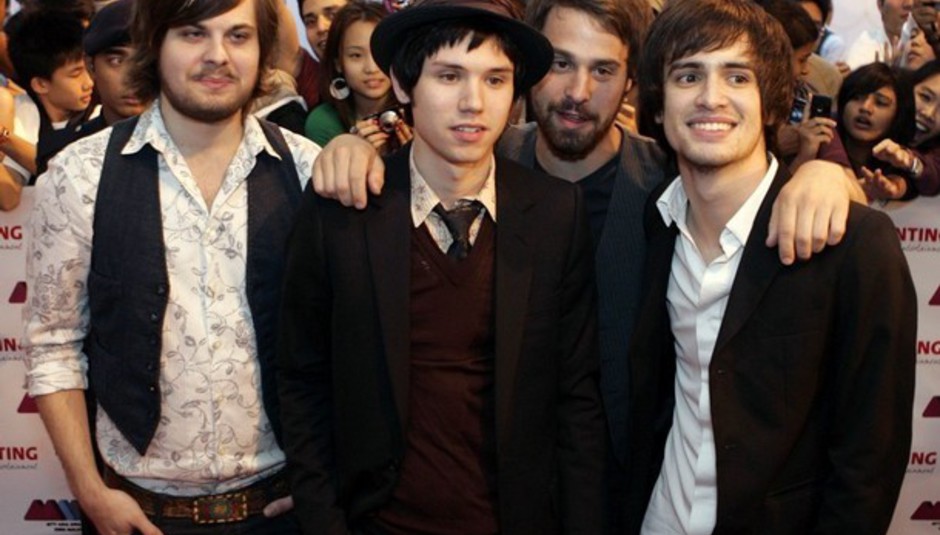 News has reached DiS that the gateway emo-pop ridiculous rock outfit Panic at the Disco have lost two of their number.

Earlier today, Panic guitarist and main songwriter Ryan Ross (who DiS met and spent about an hour talking about nothing but The Shins) and bassist Jon Walker announced that they are leaving the band "to embark on a musical excursion of their own."

Don't panic young ladies! The band are not splitting up, far from it, with front-man Brendon Urie and drummer Spencer Smith confirming they will carry on and tour with the US with No Doubt next month.

"Though the four of us have made music together in the past, we've creatively evolved in different directions which has compromised what each of us want to personally achieve... Over the years, we have remained close and honest with each other, which helped us to realize that our goals were different and that parting ways is truly what is best for each of us. We are all excited for the future, you should be too."

DiS looks forward to new material from both parties and hopes the new Panic album sounds more like Duran-Duran-gone-blogtronic A Fever You Can't Sweat Out and that whatever Ryan and Jon come up with reaches some Pinkerton-esque levels of great songwriting and Mercer-esque lyrical suss. Meanwhile, insert your predictable hatred below...