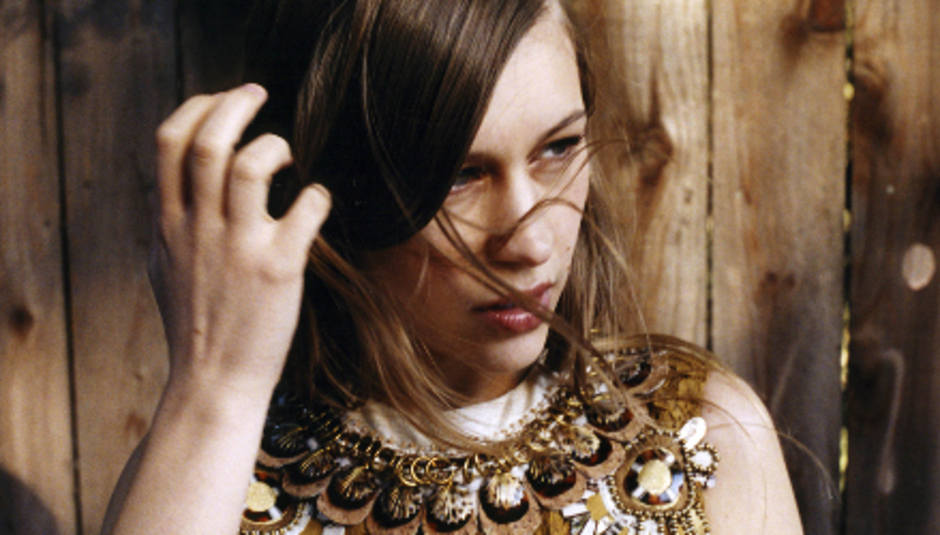 Elven folk-harpist, pin-up of the indie-folk world and childlike chanteuse Joanna Newsom is to release a new album this Autumn, or Fall as those 'mericans call it.

Mog.com picked up the information from her booking agency's listed avails.

Under J-New's little section on their website - sandwiched between John Vanderslice and Joan As Policewoman it simply says "New album in fall on Drag City", which is pretty obvious, right? As obvious as it is exciting, anyway. Which is VERY.

It will be her third official studio album, following up The Milk Eyed Mender and the stunning epic of alt.folk harp-breaker that is Ys. Since then Joanna Newsom and the Ys Street Band was released as a three-track EP, with little or no Springsteen.

With Regina Spektor back firmly in the public eye playing Glastonbury, it's about time Newsom came back and took her down a peg or two, isn't it?

Joanna recently starred in the official video for MGMT's 'Kids', too, playing some kind of negligent mother. Our dreams were momentarily shattered when watching the video, before we realised it is actually a work of fiction. As in NOT REAL. Phew.