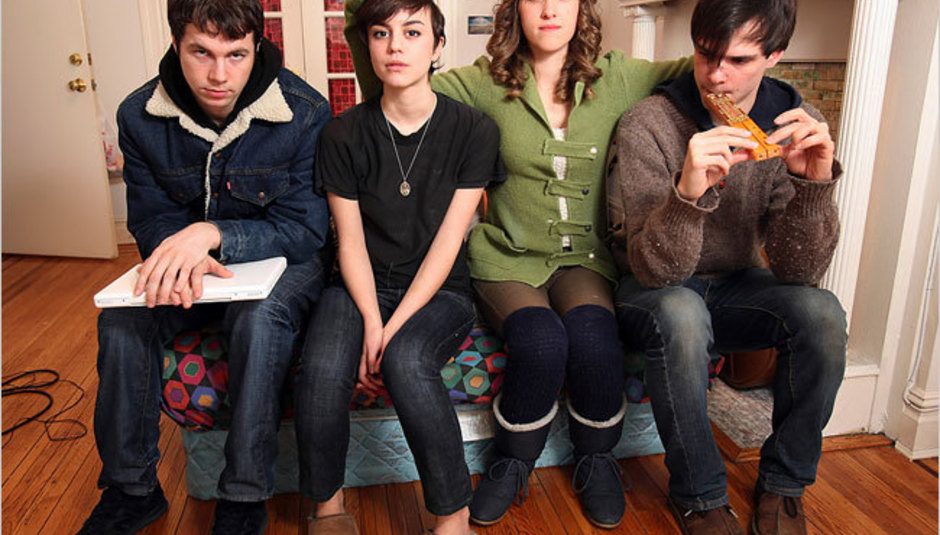 Crooklyn's own Dirty Projectors have become the latest in a very long line of very good bands to head over to us in the UK to play some shows of a musical variety.

They'll be touring mainland Europe, too, but not before they've played three dates in the UK, and one in Ireland.

Unfortunately for anyone living too far North of...well, London...you're going to have to travel quite far or miss out I'm afraid. Sucks.

Just what is it with these bands don't like about the beloved North? The (un)holy combination of gravy and chips? The Midlands we can almost understand. Oh well, looks like they'll have to settle for a crowd of po-faced Southerners, then.

Their current record, Bitte Orca is out in all good record shops. Read our 8/10 review of it here.