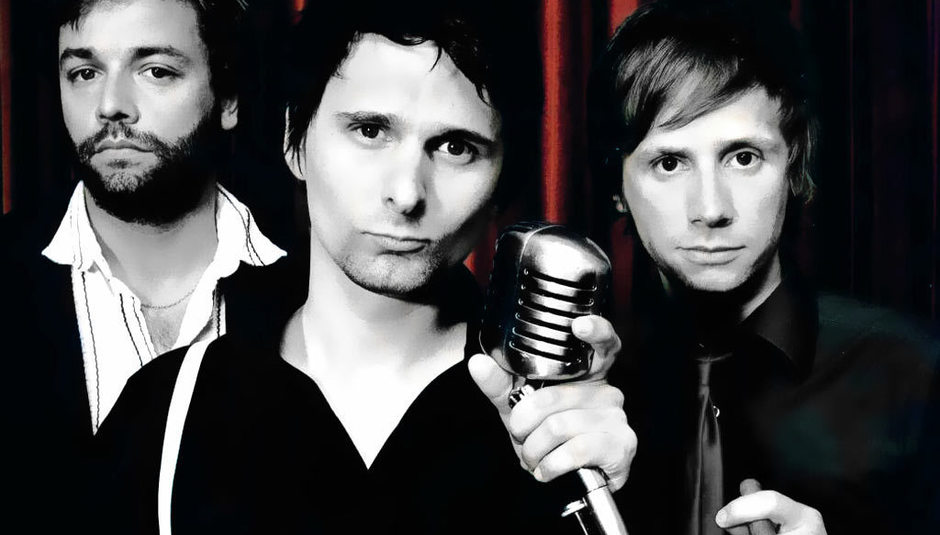 Big news: the eternal wait for the new album from the biggest British band of our generation (two supermassive Wembley Stadium shows), Muse, is coming to an end.

Details are still fairly thin on the ground but this morning the bands @musewire Twitter had this to say:

There's not much else we know about The Resistance apart from the fact it features a track entitled 'The United States of Eurasia'.

We'd guess (and don't quote us on this as we're just filling the page here with ruddy obviousness) it has some epic War of the Worlds apocalyptic theme at the heart of the albums concept. It looks from their Twitpics that it will feature lots of strings but we imagine it will probably sound somewhere between Daft Punk and Mars Volta - but we're only speculating. We'd also guess it will probably be released about a millisecond after it's finished in some revolutionary manner that everyone will wonder why they've never thought of it before.

For a few more details visit the bands very own Wikipedia: musewiki.org

This Week on DiS in a playlist