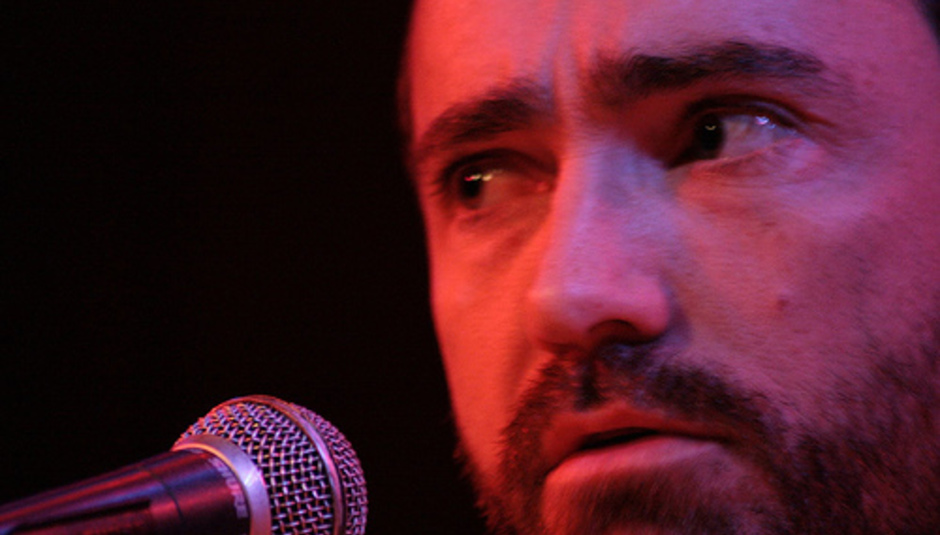 Readallaboudit! Readallaboudit! Here's another in our featured News Drowned-Ups, this time it appears to be an 'album news special'. Tuck in to this trio of updates.

The Shins are currently writing new material for the follow-up to 2007's Wincing The Night Away. I think we'll all agree this is good news. The bad news is that they haven't recorded any of it yet.

There's been a bit of a shake-up in the ol' staffing of the band, too, as Ron Lewis, from the Fruit Bats and Grand Archive has joined the band on bass, and Joe Plummer (no, not Joe the Plumber) from Modest Mouse and Black Heart procession has replaced Jess Sandoval on the sticks 'n' skins.

Frontman James Mercer says the reason for the changes wasn't down to any acrimony or relationship problems, but ties into his goals for the new record. Mercer cites the jabbing nature of the guitar riffs (rather than the strumming of previous records) as the main reason. He also thinks the record will be released next year, rather than this, which seems fair enough as none of it has been recorded yet.

In the off time he's been working with Danger Mouse and Sparklehorse (among others) for the Dark Night Of The Soul project, having recorded a coupla bits for it.

The junked-up funked-up famous-for-remix duo have released some more deets for their new album, entitled Temporary Pleasure. Their forthcoming LP will be released on August 17, and will be preceded by a single - 'Audacity of Huge'. Their second studio album sees them join up with a list of artists almost as exciting as that David Lynch, Sparklehorse, Danger Mouse thingamy.

Here's the tracklisting in full:

The album will, of course, be available on LP, CD and deluxe limited edition CD, if you want to fork out that extra bit of dosh.

Here's Kate Moross's - who is also doing the artwork - video for 'Synthesize':

Paul Banks of Interpol fame is preparing his first solo album. The lead-man of the NYC gloom-rockers is releasing Skyscraper in the US on August 4 and doing so under the name of Julian Plenti, according to the Matador Records blog.

Skyscraper will see some of Banks' older written material committed to record for his first solo album. The album was mostly recorded this year. No UK release date has been set yet.

Julian Plenty web HQ seems to be under construction. Weird.

Chi Cheng from Deftones out of Intensive Care