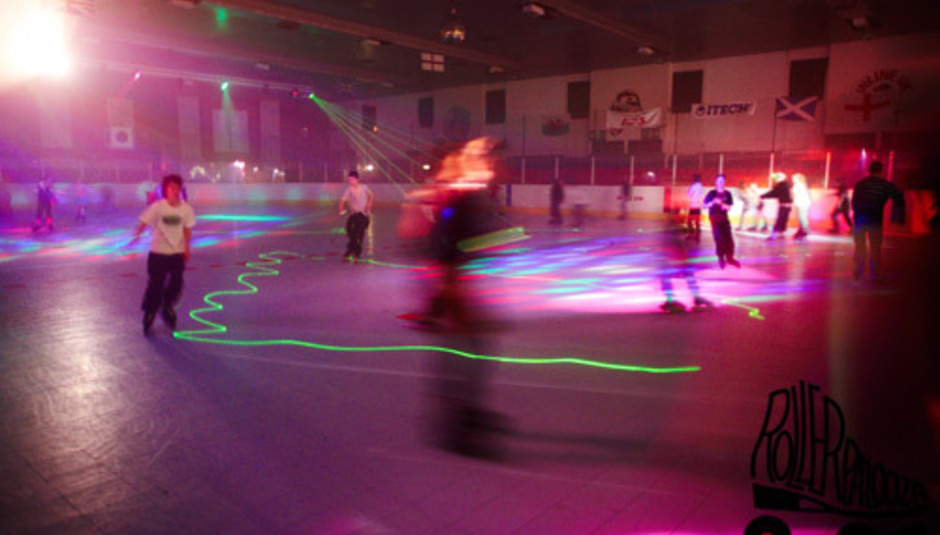 Question: What are your plans for Saturday May 16th? We'd like to remind you about our very own Rollerpalooza, which goes down in Sheffield on said date. It's a weekend! Party time, folks.

The bill is now complete, and to say we're excited would be a bit of an understatement. Playing live we have the following:

If that wasn't enough, while all this is going on you can roller skate! We've not called it Rollerpalooza for nothing, see. Hire your skates from the venue, and roll around the rink to your heart's content. The stage is set up at one end of the arena (with a cordoned off area for those wanting a more 'traditional' view of the band), and the rest of it will function as a roller disco. At the same time! Neat, huh?

And for afterwards (we'll run until 3am, at least...), we've roped in the cream of the area's DJing talent for what promises to be one heck of a disco: Razor Stiletto, Seal Club, Pandapop, Tender Maulings and, of course, your hosts Death By Shoes and DrownedinSound will all be taking turns on the decks.

To give you an idea of what we're talking about, here's some pics of the venue: Sold? Excellent. Tickets can be purchased from WeGotTickets.com, or in person at Jacks Records and The Harley in Sheffield, Crash Records and Jumbo Records in Leeds, and The Deaf Institute and Picadilly Records in Manchester. We recommend you purchase in advance - it'll be more if you rock up on the day, and we're expecting demand to be high. So get your skates on!

The Harley Hotel also have some special offers for Rollerpalooza attendees, so don't feel like you'll have to leave the party early.

This is going to be fuuuuuun!