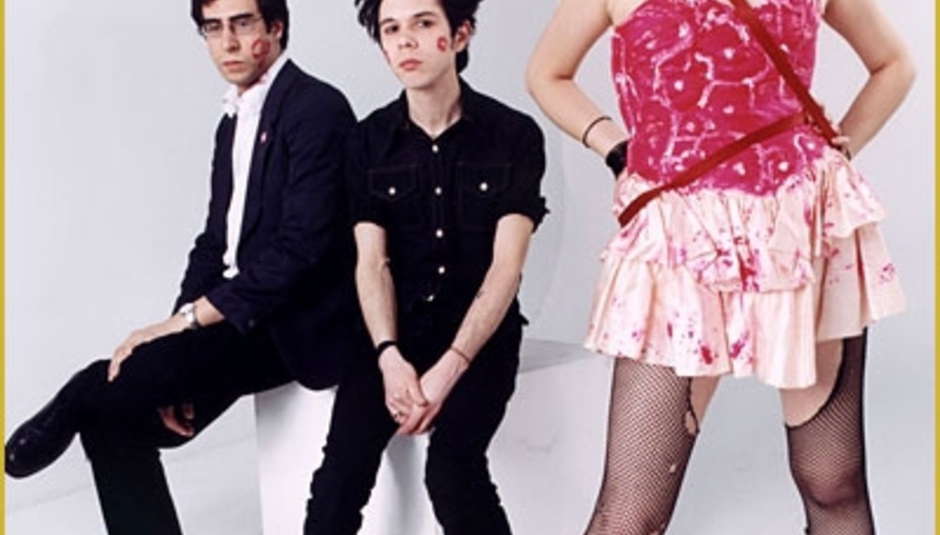 Former signatories to eternally lamented Noughties musical dynamo DiS Records, Jeniferever return later this month with their second album, Spring Tides, which comes out on Monotreme Records. However, in a gesture that IN NO WAY AMOUNTS TO PITY, the Swedish post-rockers have given DiS the exclusive on their video to new song ‘Green Meadow Island’, produced by A.C.T. Sweden.

The band also come to these shores on tour later this month; the dates are:

Either DiS is getting increasingly bitter in its old age, or else Wednesday’s crop of music-related April Fools’ Day pranks were a bit on the rubbish side. Oh, Coldplay are going to record in space? Kasabian sing the National Anthem before England-Ukraine? Bjork to join Led Zeppelin? AT THE DRIVE IN REUNITING? Pah. However, in his continued quest to be the coolest middle-aged person on the internet, good ol’ Trent Reznor took his Twitter-begat feud with Chris Cornell a step further by announcing details of NIN’s new, Timbaland-produced album Strobe Light. If you’re particularly blessed, you may be unaware he’s sending up Cornell’s latest, er, R’n’B joint, Scream. Anyway, there is no Strobe Light but we wish to the gods there were, if only because a) it has the best cover art ever, and b) the song ‘Pussygrinder’ (featuring Sheryl Crow) has to happen.

After a year or so of low key mutterings, everyone’s favourite tree enthusiasts follow up their bombastic Do You Like Rock Music? with their altogether lower-key Man Of Aran soundtrack. Due May 18, it’s a haunting new score for the feted silent documentary about how awful Ireland was in 1934. The Man Of Aran package includes two discs - the re-scored Man Of Aran DVD, plus the soundtrack by itself on CD. Check out an except below:

The band will also be performing the soundtrack live to the film at BFI Southbank on 23 April.

If you enjoy ‘Brechtian punk cabaret’ or have ever made use of web 2.0 in any way, you’ll probably be familiar with kick ass piano batterer, possible former Dresden Doll, and all round digital over-communicator Amanda Palmer (or ‘Amanda Fucking Palmer’ as she chooses to be known these days – tsk). To bring you up to speed with her latest: she really, really, really, really hates her record label, Roadrunner, and earlier this week her quite delightful new song dedicated in their general direction hit the interweb.

If you can’t tell, the last word is ‘Nickelback’.

The return of the world’s most Scottish folk-noise act is imminent – after warming up with a bicep-building tour supporting Mogwai in the US, The Twilight Sad embark on a medium-length tour of the UK next month, with a ‘first taster’ download from the follow up to 2007’s Fourteen Autumns And Fifteen Winters promised around the same time. The record is promised to ‘take their haunting noise/folk aesthetic further into Isn’t Anything territory’; after the UK’s very slow response to their debut, DiS predicts the floodgates to come growling open this time around. The dates are:

Are you a drummer? Fancy becoming an integral part of seminal rock act The Smashing Pumpkins? Yeah, us nei- Really? You’re sure about that now? And you heard Zeitgeist, yeah? And you were sober? Hmm. Alrighty then, well just email pumpkinsdrummer@gmail.com, tell them how awesome you are, and it could be you who replaces the long-suffering Jimmy Chamberlain, who very literally upped sticks last week, finally giving rise to the inevitable situation where Billy Corgan is not only the only remaining original band member, but the only member of the band anyone can even name. Oh yeah, and if you get called for audition you've gotta be in LA April 10, hope that's not a problem, like.

This very afternoon DiS has been granted 20 precious minutes in the court of the Yeah Yeah Yeahs; unfortunately we were so disconcerted when a friend immediately said ”You’re not going to meet Karen O dressed like THAT are you?” that focussing on questions has been the last thing on our mind. So if there’s anything you’d like to ask the newly-minted electro-popsters, sling it on the bottom of this page. And if you can think of ANYTHING to ask Brian then perhaps you’ll win something. (You won’t).