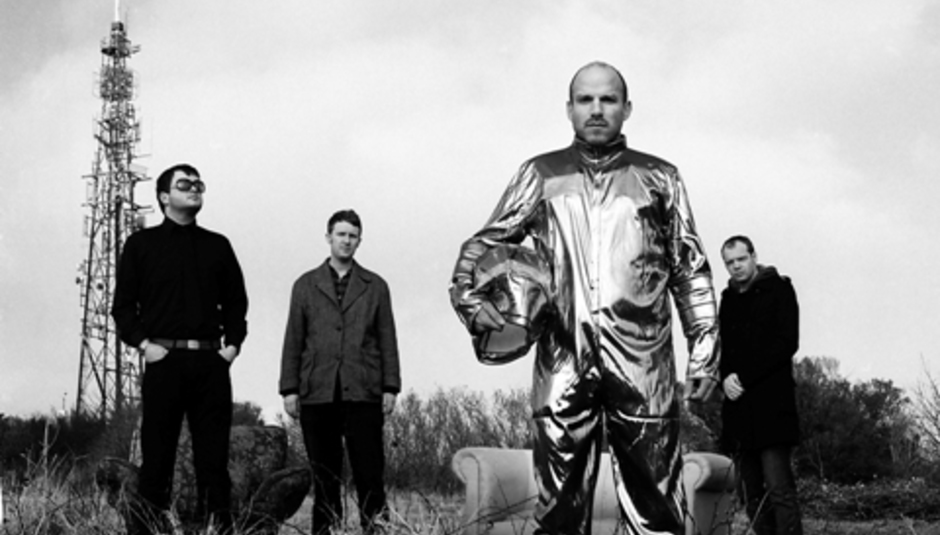 Kids these days, eh? With their computers and their Pokemon and precocious sense of fashion and their guns. Must be awful. Not like back in the Eighties when we had ZX Spectrums, the Cold War and Button Moon to keep ourselves amused.

'What the hell is a Button Moon?' you may or may not ask. Why, it was an ultra lo-fi kids TV show in which a bunch of voyeuristic kitchen utensils travelled about cosmos in a spaceship made from a bit of bogroll. It was awesome.

Certainly that's an opinion shared by Eamon Hamilton and cohorts, who've created their own homage to the show in this alternate video to Brakes' new single 'Don't Take Me To Space (Man)', directed by Dave Alexander and produced by iseetigers. The track is due out April 27th, a week after the release of the Brightonian band's third album Touchdown.

Check it out here in a DiS-clusive:

We think you'll concur that it somehow achieves the impossible by actually being cheaper-looking than the original show. WHICH MAKES IT ALL THE MORE CHARMING DON'T YOU AGREE?