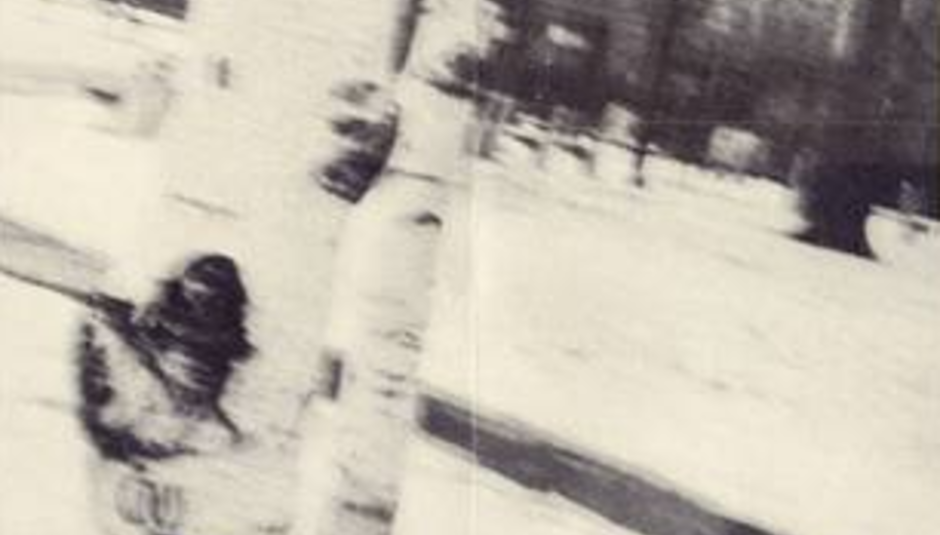 Welcome to a week devoted to Slowcore… arguably the “Alternative to Alternative music” that grew up in the shadow of Grunge, just as Teenage Rebellion was being commodified in the early 1990s. There may not have been a local scene confined to one state, or any scene beyond what the Press (especially in Britain) was able to cook up, but the term’s become entrenched in fanspeak, alongside the related genres of “Post-Rock”, “Lo-Fi”, and “Alt. Country”, which are all due a re-assessment. Right now, “New-Gaze” proclaims itself a revival of Shoegaze (itself simplistically regarded as the UK-counterpart to Slowcore), but you can see the influence of Slowcore, too.

Who are we talking about, though…? Low, Codeine, and Bedhead (later The New Year) were all from different states (i.e. Duluth MN, Seattle WA, Dallas TX), and other bands often labelled “slowcore” – e.g. Red House Painters (San Franciso, CA) – had different influences, whilst Slint (Louisville KY, 1986-1992) and Galaxie 500 (Cambridge MA, 1987–1991) pre-dated all of the above, and seem to bear no relation to one another at all. The latter have been cited as an influence by Low, for paring down the Velvet Underground and the Modern Lovers, and for many fans they’re the archetypal slowcore band. Slint are frequently labelled “math-rock” for their unusual time-signatures, and claimed as the original post-rock band for their slow builds to devastating climaxes, but they’re so often compared to many of the undisputed slowcore bands (to whom they bear just as strong a musicological relationship) it’s worth considering them here.

Like G500 and RHP, Mazzy Star are a prime example of the many "non-hardcore" bands labelled "slowcore" for their somnolence, and simple chord progressions drenched in effects. Meanwhile, comparing the various websites online suggests that American Music Club are one of the first bands most people think of, which suggests that the genre may have been shaped (like all genres) by fans recommending or seeking out bands who speak to their mood, especially melancholy - in this case, the most bombastic and (beneath the dated effects) "rawk-sounding" rises to the top.

In short – like all genres – the term “slowcore” is bound to irk a few readers, let alone the usual suspects, so it’s worth stressing that we’re looking at some bands we love who deserve re-visiting or discovering. We're also looking at a moment in time as much as a genre. On the one hand, it's the moment when US hardcore began to develop into something more complex, and post-rock had yet to arrive; on the other hand, it's a reaction to the brashness, loudness, and sometimes crassness of the (paradoxically, dominant) "Alternative" paradigm. Either way - an alternative to alternative. David Grubbs of Gastr del Sol (formerly of hardcore teens Squirrelbait most of whom became… Slint) explained that he wanted to slow down and quiet down because, after a point, you want to hear yourself play, and do something more interesting. This seems true of many of the bands to be discussed in this series of articles. THE SOUND: THEN, NOW, AND BEFORE

What is a “slowcore” record? Try to pick a “seminal” record, or originary moment, and you’ll exclude too much. Appearing at the end of the 80s, and splitting up the same year as Nevermind (i.e. 1991) Galaxie 500 were inspired by The Velvet Underground and Jonathan Richman’s Modern Lovers: they wrote three chord pop songs, and played them at the wrong speed; within a couple of years their influence was most evident in Low, but it’s ongoing – they’re the architects of one of the definitive “indie” sounds, alongside the JAMC (same three-chords + distortion + feedback), and the Pixies (quiet-LOUD-quiet, plus guitars out-of-sync with rhythm section).

On the other hand, Slint (1987–1991) and Codeine (1991–1994) evolved from hardcore – their signature songwriting technique involves the use of “diminished chords” or “the Devil’s tritone” (see the article by our guest songwriter and amateur musicologist). Codeine were signed to SubPop, and Slint were on Touch & Go with Bedhead – there was no “slowcore” label as such, but these pioneers of hardcore were always the most broadminded. Look back further: were (Michael Gira’s) Swans slowcore? They were certainly something unusual as they morphed from industrial (in the early 1980s) to post-rock (on their final record, from 1996), and they played with Low around that time. In case you’re wondering if you can group these bands by their influences, Low and Codeine both played on a Joy Division tribute album (respectively: a pointlessly lethargic version of ‘Transmission’, asking you to “dance, dance, dance to the radio”, and a gorgeous, play-it-at-your-funeral version of ‘Atmosphere’). Complicate matters much?

Consider the live-album Mi Sei Apparso Come Un Fantasmo (2001) by Songs: Ohia. The drums are powerful but staccato; the rhythm and bass are heavy but restrained and economic; the lead guitar is intermittent and mixed low, cutting through the spaces with elegant figures that manage to be beautiful without being fussy and pretty. In almost every respect it’s a slowcore record – in conversation, Jason Molina was pleased to hear the Codeine influence had come across, and mentioned (the obscure but very accessible) Come. That said, half the tracks are re-workings of songs that had been… alt.country? dark folk?

Here’s a possible startpoint: slowcore songs, whatever their instrumental arrangements, time-signatures, and so on, tend to resolve their melodies across a greater number of bars. That’s to say: two consonant notes (“ones that sound nice together”) within two sequential chords, aren’t joined by a third that “completes” them (being part of the same series), for several bars. (This is the rhythm part, we're talking about, not necessarily the topline melody). Japanese-pop, for instance, may cram in a melody or two per bar; Western-pop tends to take a couple of bars; slowcore songs may not resolve the melody for several more… but this is a theory not a rule. Many songs by post-rock bands might even double that. “Resolution” is the key word, here, because it often does correspond to a sense of completion on the part of the listener, with or without prior musical knowledge; two notes can suggest a direction (upward, downward) or an opposition, but it’s not until you’ve got that third note that you know how fast it’s going upward… and so on. By delaying this, slowcore enacts frustration, doubt, and even fear of never being fulfilled, and it does so through intelligible musical language, by contrast with – say – jazz, which may also delay the resolution, teasingly, by exploring every other note, and often does so at the expense of straightforward emotions.

Why is this significant for the development of popular music, and/or American culture? Well, leaving aside any theories about a moral vacuum in late-20th century consumer-capitalist America (and Europe, where it caught on), and hence treating this music as a manifestation of spiritual despair, we could just take David Grubbs’ suggestion seriously, and suggest that the fanbase was big enough by the early 1990s – or “the market for indie music that did something different on a structural level” was big enough – that musicians could refuse the expectations of mass-media, MTV, and commercial radio. Fuck your three minute radio-edits, they seemed to be saying. Fuck your anodyne mixes with everything compressed – in fact, this was definitely what those bands were saying with the walloping drums and pounding bass that literally couldn’t be heard on the radio (recorded by Steve Albini, many of them). Slowcore isn’t always radical – most song-lyrics have a beginning/ middle/ end, if there’s a narrative, or something like a thesis/ antithesis/ synthesis, and they certainly don’t have to be in 3/4 and 7/8 time,like Slint/Codeine/Bedhead – but slowcore could be said to represent American popular music in the 1990s pushing at the boundaries of the possible… pushing toward post-rock (say), once enough listeners had re-calibrated their attention span, and developed the ability to listen to quiet, nuanced lyrics. Perhaps slowcore was as radical a music as we could take at that point, before the Internet came along, but it opened a lot of doors. Bridging musical and lyrical concerns, there may be an emphasis on texture and tone over striking melodies, longer-building rather than sudden dynamic shifts, unusual time signatures (less evident than in so-called "math-rock" bands who play faster), but also narrative, introspection and analysis, as well as the relationship between memory and identity. (These, after all, are the emotions that creep up on you when you're not bombarded with sound.) It’s worth pointing out that many of these (US) bands seem to have been drawn to the more experimental and politicized (UK) post-punk scene (circa 1978–1982), and basically represent the more cerebral counterparts to those who got lumped together as Grunge. (That’s not to diss all the protagonists of Grunge, by the way, since it’s not like they chose their genre-label, either.)

True, US “hardcore” had spawned “emocore” as early as 1982 (a term first inflicted on Rites of Spring, whose frontman joined Ian MacKaye of Minor Threat to form Fugazi), and still distantly influences “Emo” (whatever that is…) but the dominant emotions a decade later were closer to nostalgia, melancholy, and occasional dread, rather than anger and an apolitical sense of betrayal. As was pointed out by one long-term fan I spoke to, many slowcore songs are not only candid about depression, but also reflect the specific medication available before SSRIs like Prozac (see also: Hari Ashurst & Jordan Dowling’s piece on Red House Painters, and Richard Riggs’ piece on Codeine). An apology is probably due in advance for the unremitting misery of the piece on the first three Cat Power albums...! Nonetheless, most of the bands under discussion emerge as life-affirming, all of the records are worth re-visiting or discovering, and we welcome your suggestions for the end-of-week round-up.