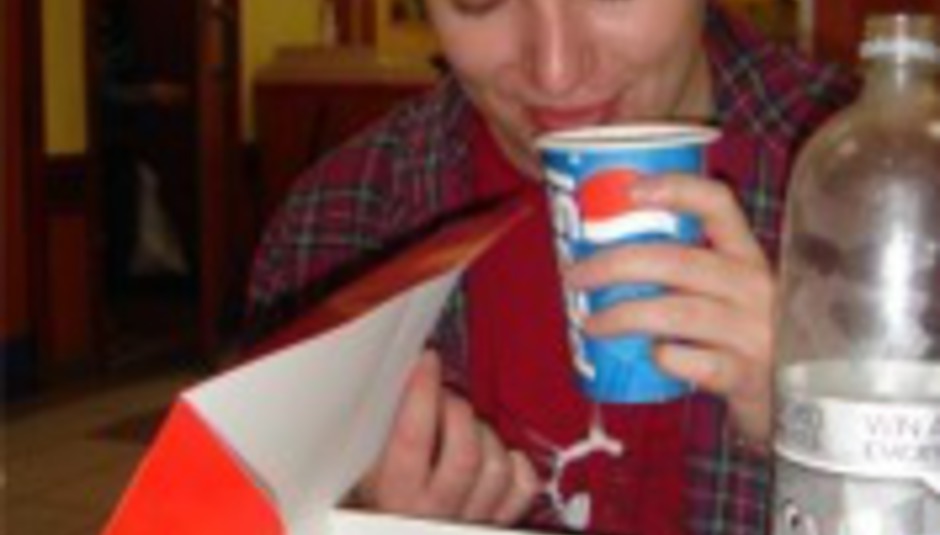 Who'd have thunk it? Ex-Pixie Frank Black doesn't like KFC! It's not necessarily the food itself he objects to, though, more the way those poor little blighters are treated on their way to the bargain bucket that bothers him. So strongly does he feel about the subject that he's signed an official PETA (People for the Ethical Treatment of Animals) petition against the fast food retailer. See?

"What we and Frank Black want you to know is that every year hundreds of millions of chickens are tortured and killed for KFC's restaurants around the world. These sensitive, intelligent birds are crammed by the tens of thousands into crowded waste-filled sheds where they'll spend their entire miserable existence"

Propaganda? Much? Another musician with strong views on animal rights is fellow baldie Phil Collins, who's recently penned a strongly worded letter to Selfridges imploring them to stop stocking the well known "tin of cruelty" foie gras. Apparently, "a description of [its] production is not for the faint of heart" so we'll link you to the letter instead of regurgitating it here. You might be about to eat your tea. But we will post a classic Collins video instead, which might have the same effect...