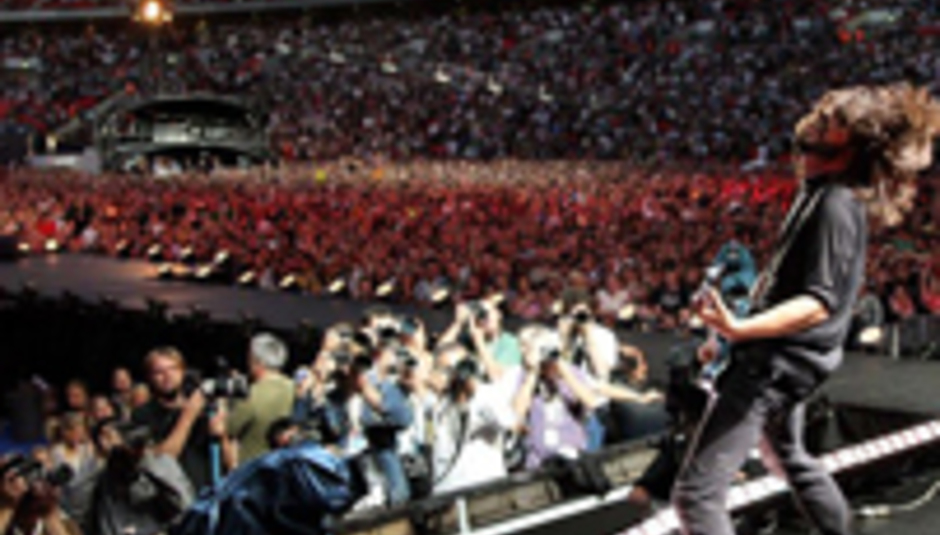 Foo Fighters frontman Dave Grohl today sugggested that that the band may not be returning to UK shores for ten years.

Unfortunately, this means Grohl and the boys may well be on their way to grandfatherhood before we see them grace a UK stage again.

Speaking to BBC 6 Music Grohl said: “After doing Wembley, we shouldn't come back there for, like, 10 years. We're over there every year, every summer, and I think it's time to take a break and come back when people really miss us.”

Elaborating further he went onto say: "It's a funny place being in the band now because we've been a band for about 14 years," Grohl said. "We've gone from playing the Astoria, to playing Earls Court to playing Wembley. That wasn't really the goal but hey, we'll take it."

"We've never really taken a long break," he said. "I think it's time.”

The band have crossed the pond no less than three times in the last three years and were joined by Led Zeppelin on their last night at Wembley.

Here’s hoping they can still rock like Page and Plant in ten years times...