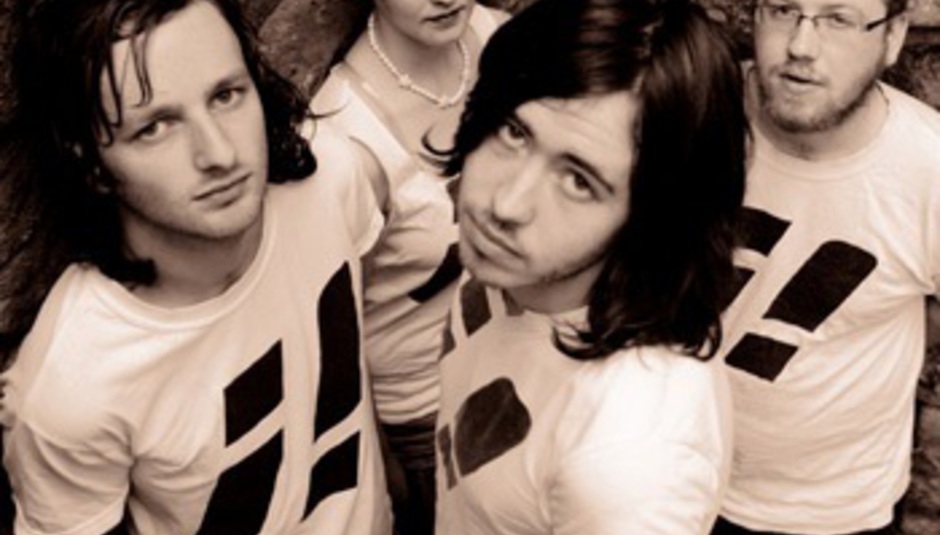 Leeds-based alt-rocking foursome ¡Forward, Russia! have as good as split, according to a post on their official website.

Hello there, how are you? Hope you are doing well.

Sorry for not writing for so long, I think we've mostly been getting on with non-¡Forward, Russia! 'stuff.' We played the Moor Music Festival this weekend, and that was loads of fun and we had a great time apart from the mood, it was pretty rainy there. Now that's done, we can tell you about another gig we've been asked to play later in the year:

Unfortunately this will be our only gig for the rest of the year, and in fact for the foreseeable future.

Firstly, you may have seen tickets available for other ¡Forward, Russia! gigs around mid-October - unfortunately there has been constant miscommunication over these dates, and we are not playing them I'm afraid.

We have decided to take a break from doing ¡Forward, Russia! - for a lot of different reasons. The idea of doing another tour with nothing new to offer was something that enthused none of us, and the idea of re-booting on a productive strand is something we're not quite ready to face just yet.

Added to which, the last few months of inactivity has led us all on paths away from the band. I know that sounds odd, having released an album only a few months ago (review), but I don't think any of us were connected to the mechanics of its release. I don't know how it happened, but I want to thank all our management, the guys and gals at Cooking Vinyl and all the other people who worked on the record for putting all their efforts into the release of Life Processes and apologise for our complete failure to engage in the release of it.

So to reach the present. Katie is moving to Nottingham in a few weeks, having taken the opportunity to do an art course there (she's in need of a new 'posse' apparently, so get in touch if you can help) - so it's unlikely we'll do anything serious again till we're a bit more geographically centralised.

Tom will be keeping busy producing some of the hottest young talent in the country, he's been doing a lot of work with a band called Minaars - you can check it out here.

From now until October? We did talk about releasing a Gravity & Heat EP, which may or may not now go ahead - certainly not in a physical format unfortunately. As mentioned it wouldn't have anything new from us, but we did ask a few people to do some remixes.

Apart from that, we have been trying to get together as many live bootlegs, session tracks and 'rarities' as we can, with the thought of putting as many as possible on our website for people to enjoy. This depends on £ and webspace, but we'll work on it and let you know how we do - hopefully we can do something by the time of the gig in October.

Ticket details for Brainwash Festival will be available soon, keep checking the websites above, as well as our own website, forum and MySpace - we'll be lurking on the forum for a while yet I suspect.

Till later then, take care.