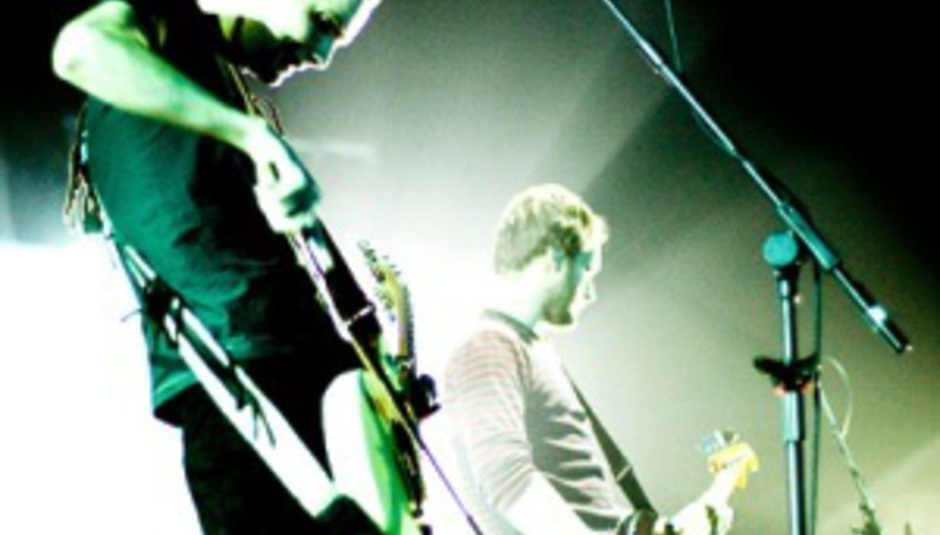 ‘Gobbledigook’, the first single to be lifted from the band’s latest album Með suð í eyrum við spilum endalaust (in English: ‘With a Buzz in Our Ears We Play Endlessly’, review), was born after the band survived the tedium of this year’s camp-off.

In an interview with The Sun, lead warbler Jonsí Birgisson said: “We wrote [‘Gobbledigook’] on the night of the Eurovision Song Contest. We were in a rented farmhouse, it was a long evening, we watched the whole contest, and afterwards our brains were so fried we had to write ‘Gobbledigook’.”

The song’s title may appear to poke fun at the song contest but there’s an entirely different meaning behind it. “It translates badly into English. [In Icelandic it] means some sort of prank. Something like things going wrong, like a roof falling down on to your head.”

Með suð í eyrum við spilum endalaust debuted at number five in the UK charts, a personal best for the band, and an indication that perhaps they should hold Eurovision parties every year.