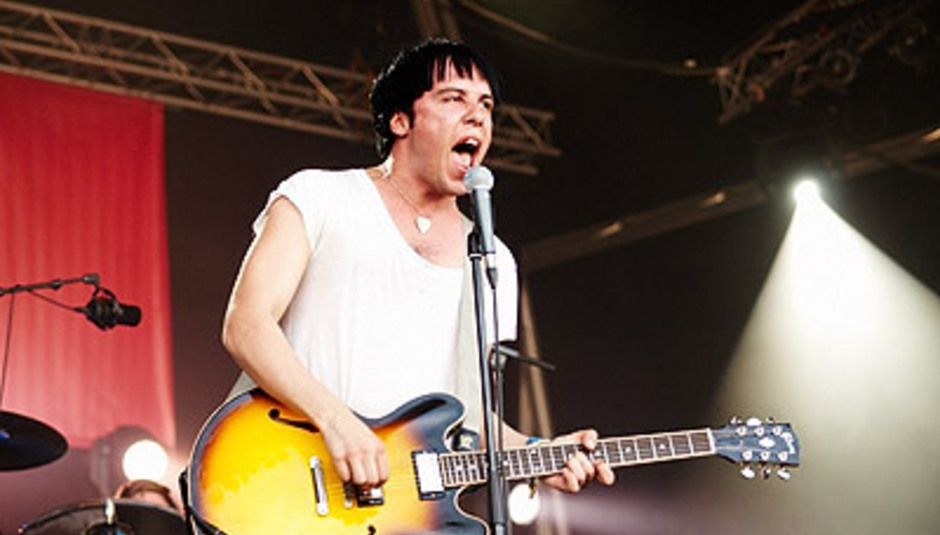 ZOO8: the worst festival ever? Attendees speak out

There's anger in the ranks, as attendees of ZOO8 - held over the weekend in Port Lympne Wild Animal Park, Kent - have voiced their disgust at the quality of the festival, on-site health and safety, and the value for money it offered.

The three-day event - July 4-6 - featured Mark Ronson, The Cribs (pictured), Lethal Bizzle, Young Knives and British Sea Power. Dizzee Rascal dropped out at the last minute (presumably to celebrate his number one somewhere else), Athlete did not play as they had not been paid, and a number of other acts reportedly cancelled. The festival's second stage was closed for good on the Saturday due to a faulty tent pole.

Gigwise.com reports that "facilities at the festival were below standard and improper organisation meant delays of up to five hours getting into the event".

Comments on the festival's Facebook page aren't entirely positive, either.

'Liam' comments: "I cant believe how fucking shit this was. Would have had more fun camping in my back garden with some heroin and a razor blade." 'Will' says: "Shambles. That's all I have to say, perhaps a budget and accountant would come in handy for next year's festival... if there ever is one".

"This was complete rubbish and between me and my friends we've lost over 2,000 quid because of this. Where's my fucking money back?

"Any why were you still having the complete cheek to sell programmes for the event on Sunday when nothing was happening that was on there? Ridiculous - you should of been giving them away as a souvenir of what a shit organisation you are and how you have raked in everyone's money when they are mostly completely blind to it.

"Bring on ofcom and trading standards - I hope you get fucked for it!"

Did you attend ZOO8? (Official site here.) Was it as bad as people are making out? Just what did - or rather didn't - happen?