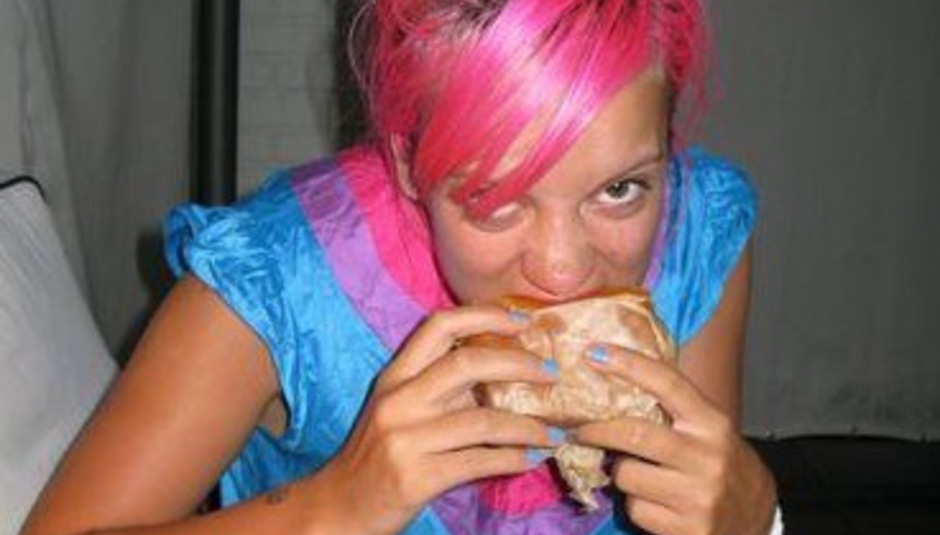 Pop gobshite Lily Allen - pictured not talking - has finished her second album, the follow-up to the mega-successful Alright, Still of 2006.

The singer has been working with (Mercury Prize winners) Klaxons' Jamie Reynolds on new material, and told the BBC's Newsbeat programme:

"I'm pretty much sure it’s finished and I’ve got a meeting on Tuesday with the label, I'm really happy."

Allen worked with Reynolds on a cover of Joe Jackson's 'Steppin Out', and is currently working with him on another song. Says the Klaxons man:

"We've put a bit of work [in] and we're getting somewhere near a flow. It's going alright, we go in on Tuesday to do the second session on it. We've got another two weeks to hopefully come up with something."

Lily Allen forgot the words to her own 'Littlest Things' at Glastonbury at the weekend - LOL.