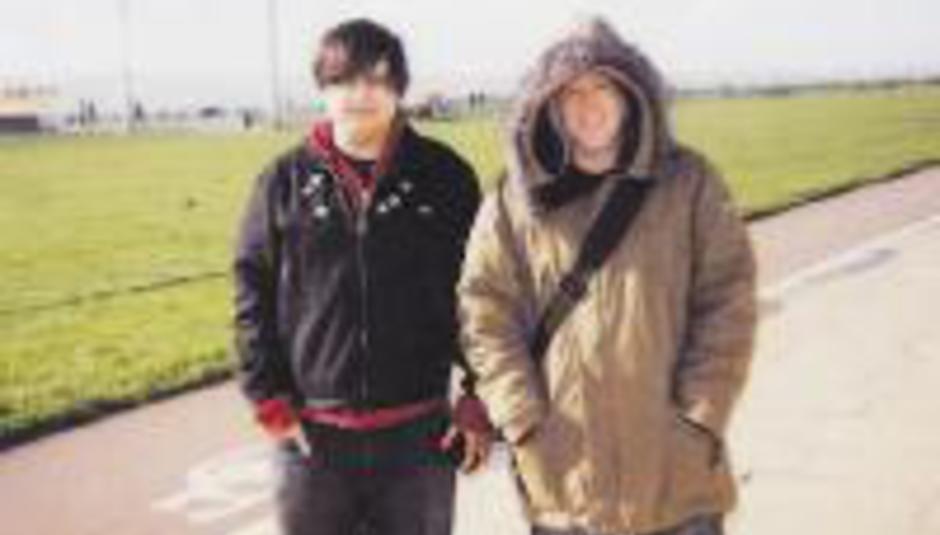 Belfast duo Oppenheimer tour from tomorrow in support of their forthcoming Take The Whole Mid-Range And Boost It LP, released on June 30 via Fantastic Plastic.

The follow-up to last year's acclaimed self-titled record - reviewed - is preceded by a single, 'Look Up'. It's out now. Video: