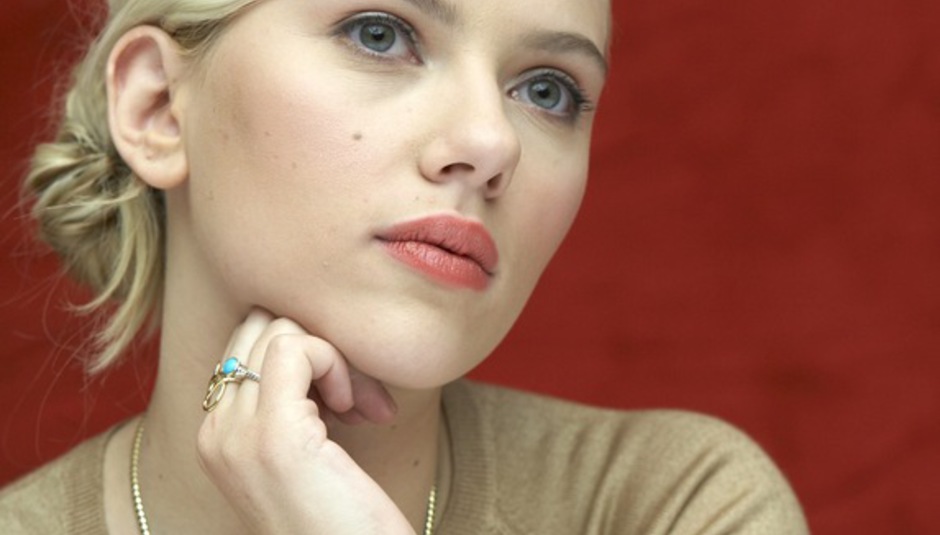 Hollywood’s Scarlett Johansson might be coming to the UK this summer for a few festival appearances.

Obviously she probably won’t, but y’know. It’s news, she’s got a face. What can you do?

"It would be sad to not get everybody [David Bowie, Dave Sitek, Tom Waits, Big Mouth Billy Bass] together," she told thelondonpaper.

"Whether it's at a festival or somewhere that's kind of fun.”

"[But] I have horrible stage fright,” There’s more: “so it would have to be overcome. People approach me and my usual answer is, 'Ah, I'll think about that'.”

So there you have it. She’s thinking about it at least. What barrier could possibly, at this late stage, stand in the way?

"When I do think about it, I start to get really sweaty and uncomfortable and itchy around the neck."

To be honest with you, DrownedinSound knows this isn’t news. It just wanted to put a news story about Scarlett Johansson alongside one about Q Without U for effect. Because it can. And because it’s like trying to mate a bulldog with a butterfly.

DiScuss: who do you prefer?