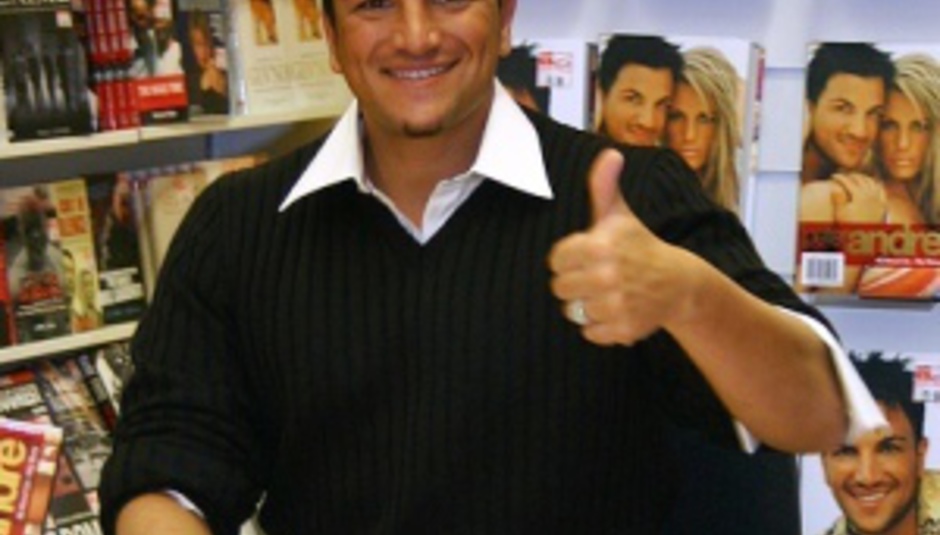 Not-so-clever pop sort Peter Andre - best known these days as the face of ITV2's most-brilliant show - has been slapped with a police caution for driving while listening to his iPod.

Driving his... whatever a flopped pop star drives in 2008... through Hammersmith, Andre was pulled over and ticked off by police, who warned him of the dangers of driving while wearing headphones. Makes it really tough to hear your mobile, however hard you press it against your ear, for one thing.

Thanks, witness. Loved your movie. Bit depressing though, wasn't it?

DiScuss: Just what was Peter listening to that was so important he played it while driving? Could another comeback be on the cards? Or was he checking the rough mix of the sequel to this...