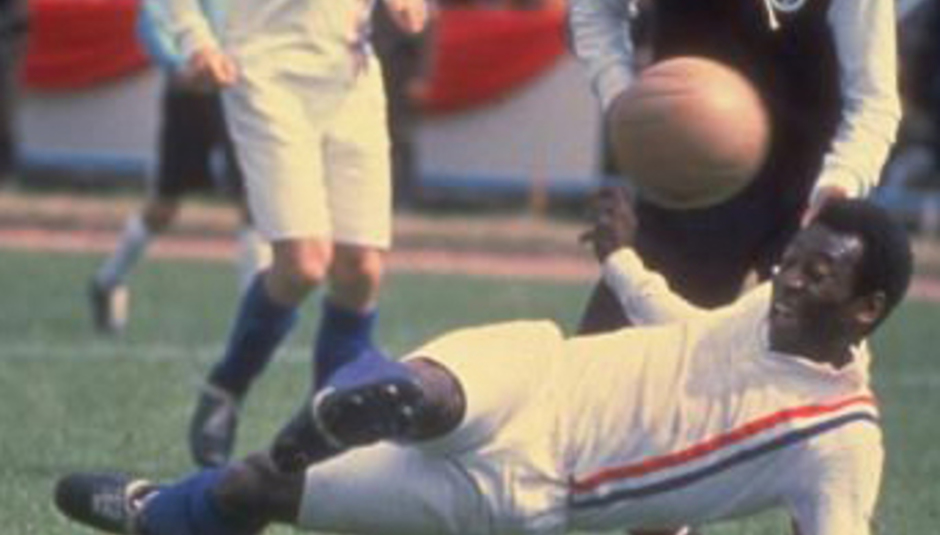 Chart round-up: "Where do I stand for a corner kick?"

A Bank Holiday Monday it may be but that doesn’t mean the music industry grinds to a halt, oh no… Between peeks at the telly to check on the progress of Mike, Pele, Sly and their mates in Escape To Victory – the Germans will have a whole batallion at the stadium, y’know – DiS here presents a very curt Chart round-up.

No change on the singles chart front at the top, with Madonna’s ‘4 Minutes’ – featuring JT – hanging on at one despite pressure from Sam Sparro, whose ‘Black & Gold’ remains at two. He reckons Glastonbury’s all about diversity in music, yeah, and that Jay-Z’s cool. Can't imagine Noel G getting along with the LA soulster somehow. DiScover the man here.

Wiley’s ‘Wearing My Rolex’ is up one to three; Usher and his mate climb from seven to four; and Estelle closes out the top five with her slightly more famous mate, ‘American Boy’ still doing the business at five. New entries: Kelly Rowland is the highest at 36 with ‘Daylight’, with Santogold’s ‘L.E.S. Artistes’ debuting at 51 on downloads alone – it goes physical from today, so expect a top 40 place this time next week. Amazing news for MOR radio-rock fans: Crowded House’s classic ‘Fall At Your Feet’ is at 75.

The top two in the albums chart are both new: Madonna mirrors her singles chart success with Hard Candy straight in at one (review), and it’s good news for Portishead as Third makes its mark at two (review). Sam Sparro’s self-titled debut album makes five on its first-week sales (review).

Last week’s number one, The Last Shadow Puppets’s The Age Of Understatement, slips to four with Duffy’s Rockferry up one to three. Anyone else think she sounds like she’s always in pain? She was on Channel 4 earlier, right before the film, wailing like someone had put a nail through her foot. Ouch. Rick Astley’s Ultimate Collection is new at 17, that song to blame. Congrats.

He just had to break that poor boy’s arm.