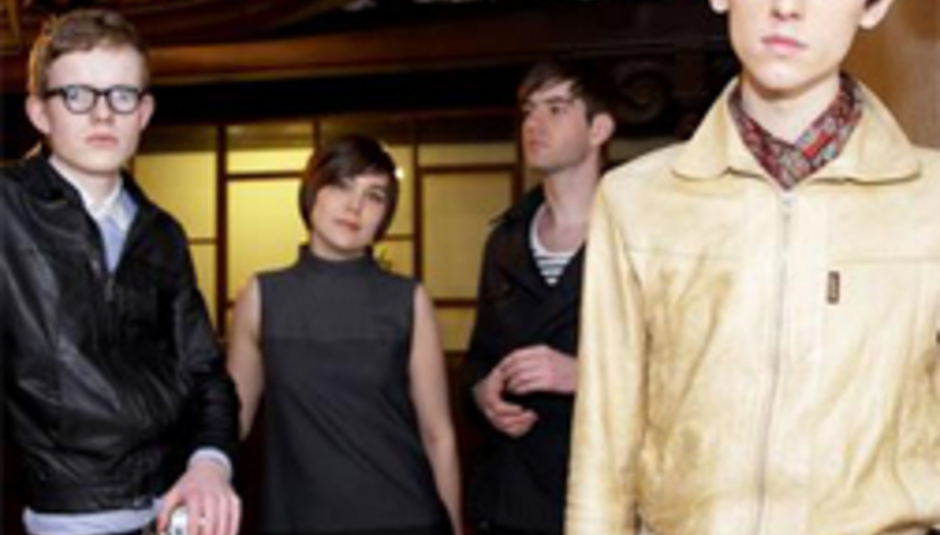 Sky Larkin out, Grammatics in: May DiScover Club update

Bad news, good news, DiScover news… Following the announcement earlier today that Leeds’ epic-indie-popster sorts Grammatics (pictured) - their double-A single ‘D.I.L.E.M.M.A.’ / ‘Polar Swelling’ is released on April 21 via Dance to the Radio and reviewed here - are to headline the next DiScover Club in Sheffield (news/details), we’re pleased to announce that they’re also to visit London’s DiScover Club, at the Notting Hill Arts Club, on May 24.

So, that’s the good news. Bad news: the drafting in of the four-piece is prompted by word reaching us that previous headliners Sky Larkin will be in the States making their debut album in May, so can’t play the show in question. Sad times, but frankly: a brilliant replacement!

If you’re as happy as we are, then skip along and join the fun on May 24. Perhaps if we say support comes from Dinosaur Pile-Up and Let’s Wrestle then the deal’ll seem that bit sweeter? Bingo, sir or madam. See you there.

Grammatics… Leeds-based foursome playing some of the most adventurous indie-rock around, incorporating echoes of Cursive but possessing the punchy percussion of Bloc Party; new single ‘D.I.L.E.M.M.A.’ is released on April 21 (video below), and the band tour with These New Puritans and Forward Russia ahead of their DiScover Club date. (MySpace)

Let’s Wrestle… London trio muddling David Shrigley levels of wit and lyrical humour with the instrumental immediacy of Pavement and Jeffrey Lewis. Firm favourites in the DiS office, with certain staffers known to exclaim that they’re the “best band in the world” more than once per week, the band’s In Loving Memory Of… EP picked up a 9/10 review HERE. The video for ‘I Won’t Lie To You’, from said parent record, is below. (MySpace)

Add this show to your gig calendar HERE

Information on these shows HERE.