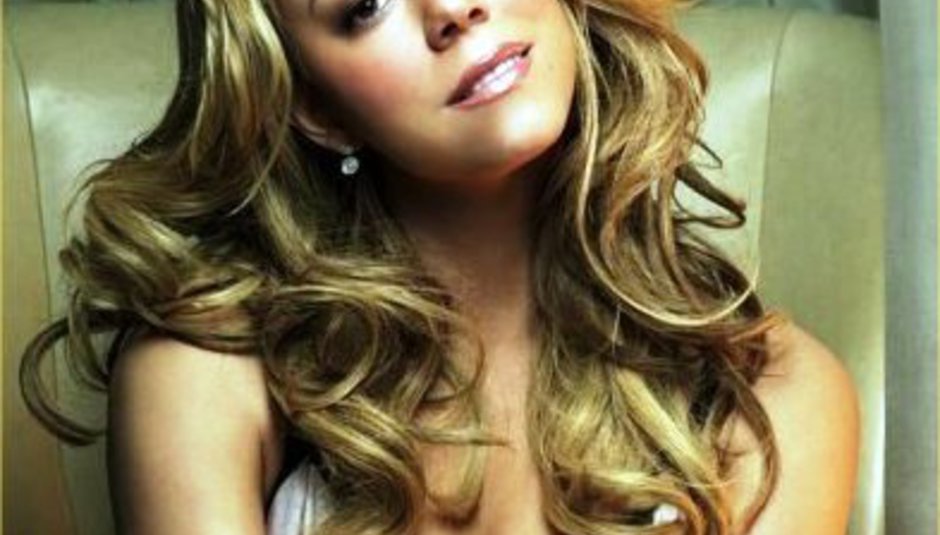 Estelle might think Britain dead to her, considering the States her home nowadays, but that’s not stopped single-buying sorts of the land gobbling up copies of her ‘American Boy’ effort, which remains at number one on this week’s singles chart. The Kanye West-featuring track sits just above Flo Rider’s Nelly-ripping ‘Low’ (watch) at two and this week’s super climber, The Kooks’ ‘Always Where I Need To Be’, up to three from last week’s 71.

Also climbing rapidly is Mariah Carey (pictured): ‘Touch My Body’ leaps from 99 to this week’s six; between her and The Kooks we find Duffy’s former number one ‘Mercy’ at five and Sam Sparro’s ‘Black & Gold’ at four. Our first new entry’s at 19: The Courteeners break the 20 with ‘Not Nineteen Forever’. Likely, aye: but will it rise or fall?

Radiohead fall slightly short of the Manc motormouths as ‘Nude’ can only reach number 21; elsewhere, Scouting For Girls’ ‘Heartbeat’ leaps from 40 to 27, Roisin Murphy is new at 47 with ‘You Know Me Better’, and Queen’s ‘Don’t Stop Me Now’ breaches the 75, at 74 up from 106. Okay!

R.E.M. shoot straight to the summit of the albums chart with Accelerate (review), while the only other new entry in the otherwise shuffling-the-pack top ten is Estelle’s Shine, in at six. Gnarls Barkley’s second long-player The Odd Couple debuts at 19, Snoop Dog’s ‘Ego Trippin’ is new at 23, and The Black Keys’ Attack & Release (review) impresses onlookers by cracking the top 40 at 34.

Scroll scroll scroll… it’s all a lot of not much, really – the same names in slightly different places than they were seven days ago. Spring’s weather might be more inconsistent than Southampton’s home form (sorry, I had to shoehorn some mention of beating the league leaders on Saturday), but the domestic charts right now are set solely to same-ol’, same-ol’. Standard t’ing, ‘til next week.