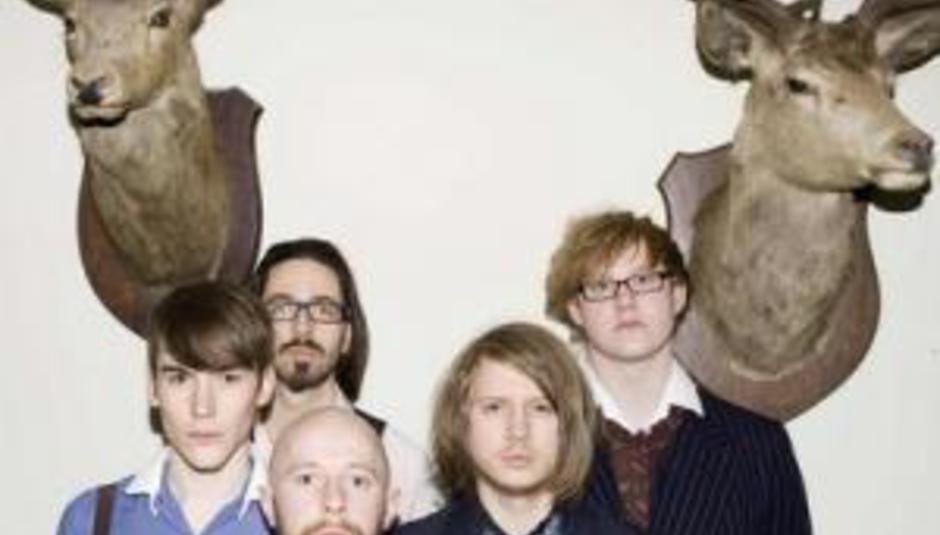 Youthmovies’ debut album, Good Nature, is released today (buy on Amazon, Play.com), and the Oxford five-piece are on tour throughout March. They call into London’s Astoria tonight as main support to Foals. I’m going. Yip.

But it’s another of the band’s forthcoming London shows that we in the DiS office are most excited about: a special end-of-tour (almost) event at the ICA on April 3, featuring support from Tired Irie and Lovvers as well as DJs and projections from Pillow (who directed Youthmovies’ ‘The Naughtiest Girl Is A Monitor’ video, watch here).

Tickets to the ICA show are priced at £7.50 adv, and are available from the venue’s official site here. Full tour dates at this article’s end.

COMPETITION… As DiS is releasing Good Nature, we can’t review it – it wouldn’t really be fair, me scoring it super-high, when I’m the editor of a site with a vested interest in it. So, we’re looking for our readers to submit their own user reviews a la (fellow Oxford sorts) Radiohead’s In Rainbows (read a selection of user reviews here). We’ll send the writer of our favourite review a stack of DiS label releases (Metric, Jeniferever, Redjetson, thisGirl, Martha Wainwright, etc), and maybe a couple of other promos we’ve got scattered about the office. Oh, and a pair of tickets to the ICA show, too! Yay? Yay.

So, submit your 200-word max user reviews by following the relevant link HERE. This time next week we’ll pick our winner and contact him or her via an onsite note. Good luck!

The band then play The Camden Crawl and a handful of late-April dates. Full details, plus support acts – including Lovvers and Rolo Tomassi – on MySpace.