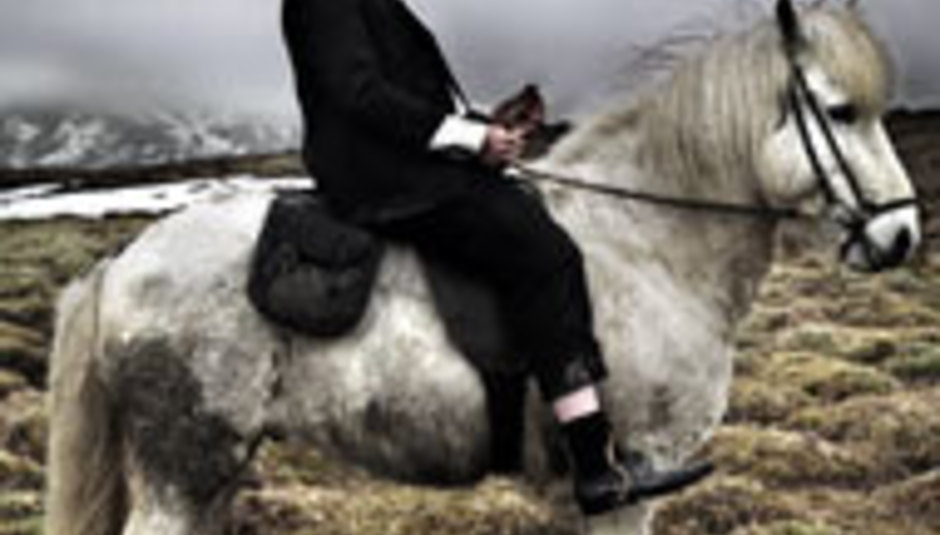 Mugison, one of Iceland's premier music exports, has announced details of the annual I Never Went South Festival.

If the annual October freeze-athon of Iceland Airwaves is heralded as the alternative urban European festival of choice, then it should be noted that Aldrei fór ég suður (to give the festival it's proper name) is touted as Iceland's alternative festival.

Taking place in Mugison's remote hometown of Ísafjörður, in northwestern Iceland on 21 and 22 March, the festival offers a diverse range of music in a beautiful rural setting over the undoubtedly freezing Easter weekend.

Bands that perform have traditionally performed a totally stripped down set with the likes of Sigur Rós and SFA's Gruff Rhys performing with a backing band of local factory workers rather than the usual bombast and fanfare.

This year's billing boasts Mugison the curator (pictured) himself alongside the top Icelandic bands around from rap to hair metal to latin powerpop with all the regular MOR stuff in the middle. Well, as MOR as you can get from Iceland.

Take a look at the full line-up here, a review of last year's festival here and some pictures here. DiS coverage of 2008's fest to follow soon.