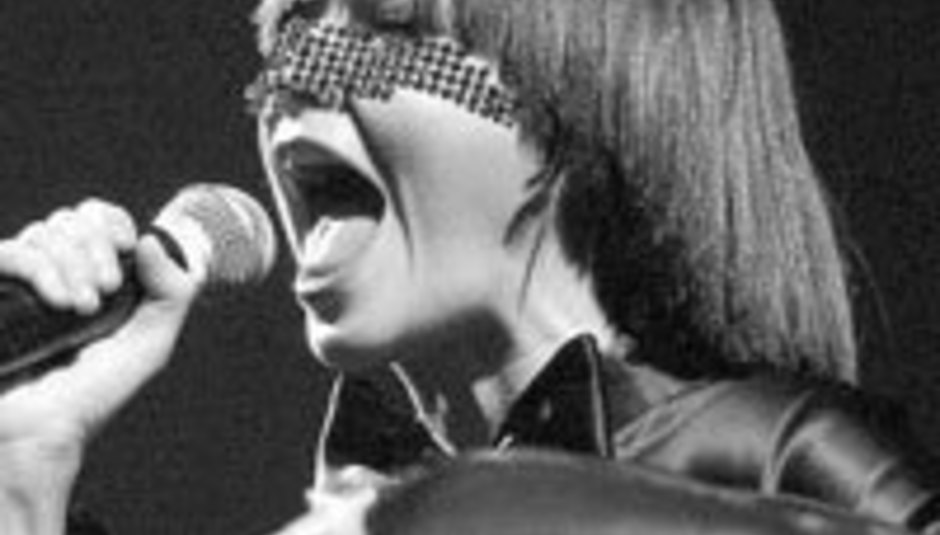 From Paul Potts to Kosovo’s struggle for independence in seven tidy steps. Some days on DrownedinSound, it seems anything is possible. Some days it seems like we’re just rubbish at scoring cheap laughs.

Anyway, manning the cod-opera/war zone interface is Björk, whose recent dedications of ‘Declare Independence’ to Kosovo and Tibet and her subsequent withdrawal from EXIT Festival have been causing much ruckus.

The link between the two? EXIT’s held in Serbia, the country that Kosovo has recently broken away from, leading to a strain in relations that has today resulted in the former declaring it’ll never recognise the independence of the latter. So anxious about the possibility of Björk dedicating the track to Kosovo were festival organisers that they gave her management what just about amounts to an ultimatum:

(from Pitchfork): "We hope Bjork does not relate to Kosovo on other concerts here in Europe,” EXIT’s general manager Bojan Boäkovi wrote in an email to Björk’s camp, “nor in her intervievs, because if she does we need to cancel the concert; if this happens, we may as well look for some other artist..."

EXIT were reportedly concerned about the potential safety of Björk and the festival goers, but today, the singer has commented on reports in the media and taken the opportunity to reaffirm her support for the “suppressed nations.”

“I have been asked by many for a statement after dedicating my song ‘declare independence’ to both Kosovo and Tibet ( amongst others ) on different occasions,” she begins.

“I would like to put importance on that I am not a politician, I am first and last a musician and as such I feel my duty to try to express the whole range of human emotions. The urge for declaring independence is just one of them but an important one that we all feel at some times in our lives.

“This song was written more with the personal in mind but the fact that it has translated to its broadest meaning, the struggle of a suppressed nation, gives me much pleasure,” continued Björk. “I would like to wish all individuals and nations good luck in their battle for independence…justice!

Both Björk and EXIT Festival carry on regardless – the latter from the 10th ‘til the 13th of July at a fortress called Novi Sad, (the young bill still boasts Paul Weller, Sex Pistols, The Hives and Nightwish).

As for Björk, she’ll be in the UK next month at the following venues: