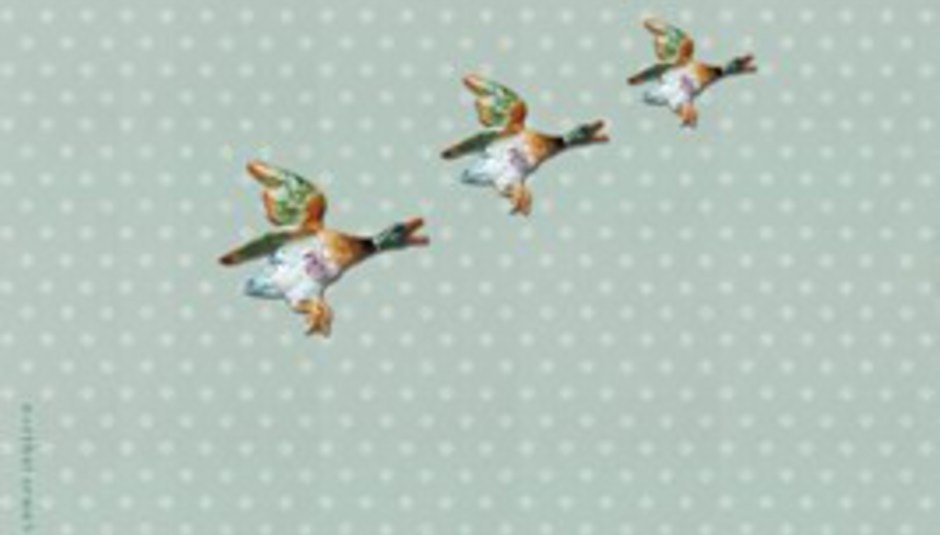 There's only so many times you can take wry, sidelong glances at the week's charts before your eyes start going funny; consequently, this week our pleb-tickling picks are served straight up, no chaser, with nary an olive of irony to ease the pain.

She does it well and everything but, by golly, does Duffy have to be quite so retro? ‘Mercy’ sounds like bad sixties wallpaper, and does its Lulu-esque thing at number one this week. Still, even that's better than H Two O Ft Platinum’s skanky ‘What’s It Gonna Be’ (#7), which is the sound of alcopops sticking underfoot at your friendly local Walkabout branch.

For One Republic’s eleventh-placed ‘Stop And Stare’ simply imagine Travis without the self-depreciating streak, then move along, and we’re unable to pass judgement on Paramore’s ‘Misery Business’ because we’re transfixed with Hayley Williams’ lovely hair.

There’s been a bit of a hoop-la surrounding the release of R.E.M.’s fourteenth studio album Accelerate. While it’d be plain silly to think a band that’s been ropey for the last fifteen years or more are really capable of the ‘glorious return to form’ that record’s being touted as, their latest chart-friendly platter (‘Supernatural Superserious’, #54 on download sales) at least has a certain bite that’s been lacking of late. Al dente pop, anyone? Meanwhile Gnarls Barkley mark their return to the pop fray with the frantic-but-forgettable ‘Run’ making a preliminary splash at 63.

Albums - Michael Jackson’s in at three with his 25th anniversary edition of Thriller, and as much as no-one wants to hear the awful likes of Fergie smear their fetid trail over tracks as good as ‘Beat It’, it’s not enough to sully what remains one of the best pop records of all time. You heard it here first, people. Morrissey, meanwhile, sidles up to five with his Greatest Hits collection, and One Night Only make up a tryptich of top ten new entries with their fine collection of aural handjobs for the masses Started A Fire going in at ten.

In other news, Laura Marling pierces the veil of mundanity currently sported by other nameless female singer-songwriters doing the rounds - if not the top 40 – with Alas I Cannot Swim in at 45 this week.