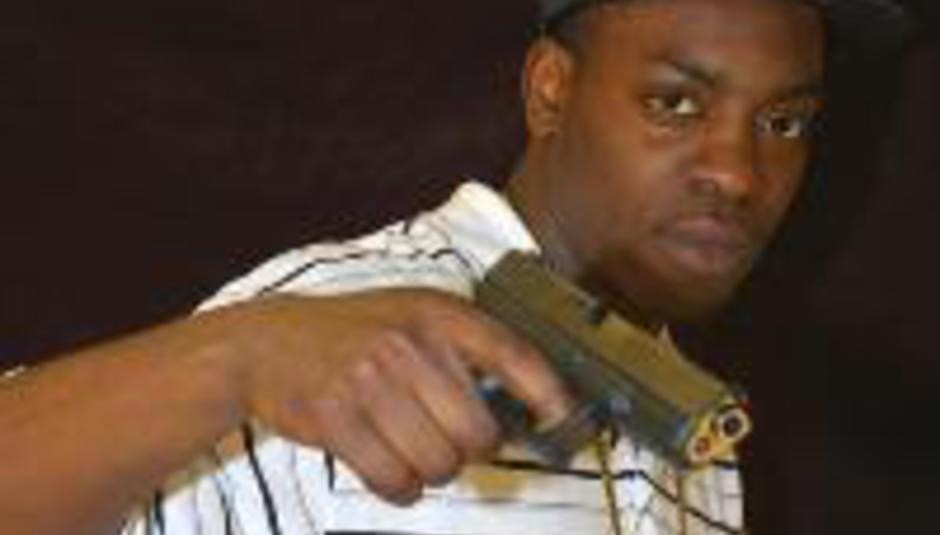 Calling yourself Uncle Murda was always going to be a somewhat dubious decision, so no surprises that the Roc-a-Fella darling - known for his frequent references to his ‘victims’ - has been shot in the head in his hometown district of Brooklyn, NYC.

But not one to lie down easily, Murda – real name Leonard Grant - survived the shot to the head. Speaking to AllHipHop.com, he insisted that a recent feud with the questionably monikered Papoose was the reason for the incident, despite a recent run-in with members of the fellow Brooklyn rapper’s entourage, instead choosing to suggest that the NYPD were gunning for him:

“This wasn't no entertainment beef shit. This was some street shit. If anybody, I think it may have been the NYPD. But whoever it was that did it, they missed because I didn't even know I was hit. One of my crew told me that my face was bleeding and took me to the hospital. They said I still have a bullet in my head and if I am sexually active it will fall out.”

We can't quite work out that last comment so we're going to ignore it completely. Part of the GMG (Get Money Ganastas) posse, Grant distanced Papoose’s involvement and insisted that the embedded bullet in his head was not going to hold him back from releasing his forthcoming record.

“That is old. I don't have any problems with that dude. Only thing I am focused on is my upcoming album on Roc-A-Fella/Violator. It is still real and happening so look out for that because it is going to be hot.”

Eloquently put nail in the coffin from Murda (pre-bullet)?

Keep it Brooklyn? Reports suggest that Def Jam may be prepared to pull their support of Nas after the 34-year-old chose to title his forthcoming record Nigger.

Def Jam have recently backed its owners Universal’s plans to quash the use of the term, with MediatakeOut.com reporting an official from the parent company stated:

“There is no way that we can put out an album with that title. Many retailers have already told us - flat out - that they won't carry it. Nas' last album sold pretty well, but not well enough for the headache he's causing the label. If Nas doesn't change his mind, he'll be dropped. And he doesn't have to much time to come to that realization.”