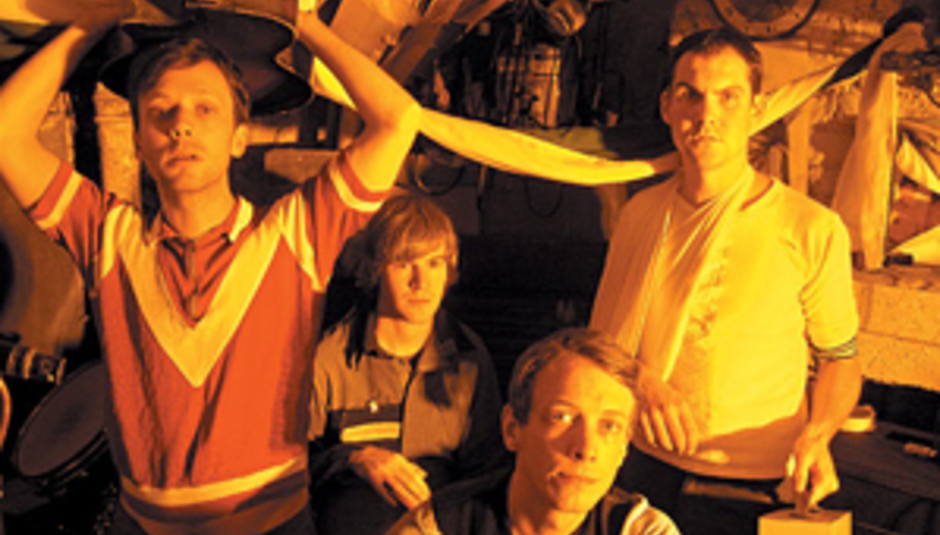 For irredeemable tossers such as ourselves, ‘Chasing Pavements’ will forever sound like slang for being fall-down drunk, but obviously Adele sees things differently, lending her husky, bankable tones to a dreary ballad of the same name this week.

Not so much an insider’s tip as an unapologetic fist down the throat of the general public, said diva’s ditty goes in at number two, behind Basshunter’s ‘Now You're Gone’ which suddenly earns my respect for keeping this Quality Music gubbins off the top spot.

Moving quickly on, The Courteeners roll like beads of sweat down the hairy exposed arse crack of the top 20 with ‘What Took You So Long’ (PS it’s not very good), while Madness stoke up the what’s-the-fucking-point factor in at 24 with ‘NW5’.

Radiohead’s appearance at number 30 with ‘Jigsaw Falling Into Place’ strikes me as so important I’m going to devote a whole paragraph to it, but it’s not a very long paragraph, and in fact by the time you read this it will most likely be over.

Jack Johnson’s in at 60 with ‘If I Had Eyes’, while Sons And Daughters’s latest offspring, the likeable-but-lightweight ‘Darling’, goes in at 86.

On the album front, Scouting For Girls make the number one spot for no apparent reason after 18 weeks spent on the chart, and just when your faith in humanity has been withered to a lifeless stump, along come British Sea Power at ten with ‘Do You Like Rock Music? (effusively reviewed here).

If it’s badly-shoehorned name-drops you’re after, look no further than Pigeon Detectives, up 14 places to 29 with Wait For Me, and whose frontman I spotted getting in the way of the foreign films section in HMV’s Leeds branch this weekend. Out of my way, prevaricating indie upstart!