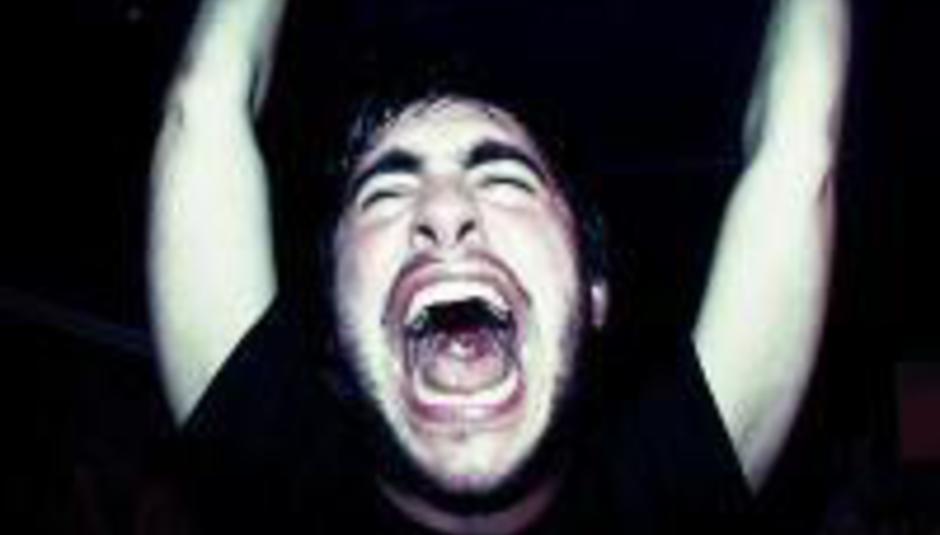 Up they go: Down I Go and Manatees take Scotland

London-based twitch-rawk oiks Down I Go are to take their Tyrantcore north of the border next month for a trio of dates alongside Carlisle-spawned sludge barons Manatees.

Down I Go - vocalist Pete pictured; he stashed his coat with DiS t'other weekend and we didn't pee on it, honest - are to release their second album proper, This Is Tyrantcore, later this year. Look for it - it'll suck(ing rule).

Says the band on MySpace:

If you didn't know already, we're already on the next core. We've written an album about the most notorious tyrannical world leaders throughout history and it's called This is Tyrantcore. We're doing this album a little differently from the others because we want to sound like a real band that can play their songs. On all previous records, the take that went down was the first time we ever got it right. And in some cases, we didn't even manage that.

Those live dates with the mighty Manatees: