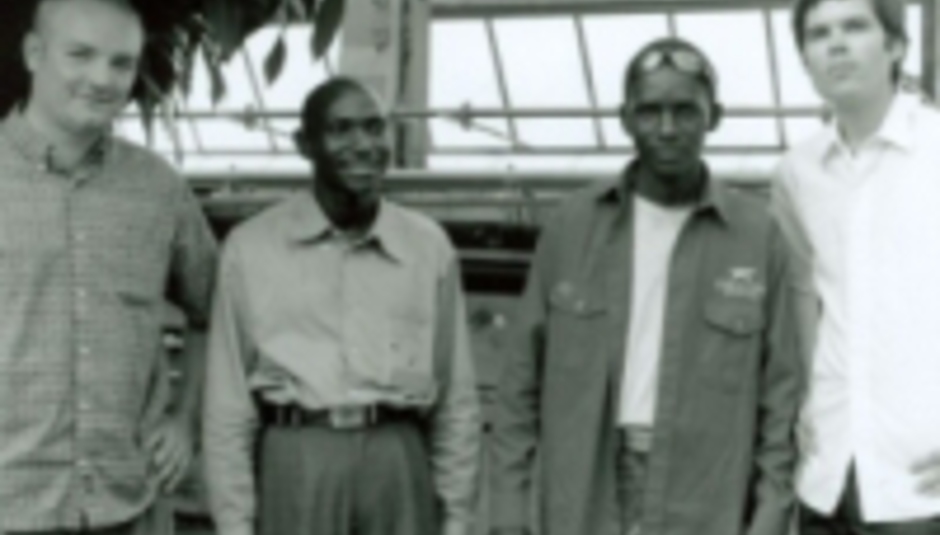 With the ongoing political turmoil in Kenya, Nairobi-based, Thrill Jockey benga outfit Extra Golden have appealed for help, with members Opiyo Bilongo, Onyango Wuod Omari and Onyango Jagwasi and their families still in the nation's capital, weeks after violent clashes began. 600 people are believed dead, whilst 180,000 remain displaced and in urgent need of aid.

Fellow bandmates Alex Minoff and Ian Eagleson have put up an appeal for donations, issued on the band's website with the following statement:

As many of you are probably aware, the political situation in Kenya is extremely volatile right now. There was a general election on December 27 whose pro status quo results have been universally condemned as rigged by the international community. Even the incumbent's hand-picked election manager is unwilling to confirm his boss's re-election as honest and fair. While the integrity of Kenya's fragile democracy is at stake, it is the people who are suffering the most. Violence has spread throughout the country, with hundreds already murdered. Businesses that haven't been destroyed are shut.

Opiyo Bilongo, Onyango Wuod Omari and Onyango Jagwasi are three members of Extra Golden who live in Nairobi. They all have large extended families for whose well-being they are entirely responsible. Of course, as musicians, that well-being is provided for through nightly work at clubs. With dusk-to-dawn curfews in place, these men are all unable to work, and a subsistence that was already hand-to-mouth has become non-existent. They have been forced to leave their homes, which have subsequently been looted. Their families have almost no food and no clean water. Even with the swiftest possible resolution to the country's debilitating political situation, it is hard to foresee a time in the near future when these men will be able to go back to work.

As the bandmates and friends of these exceptional men, we are used to helping them out of financial jams but, as musicians ourselves, this critical situation is one that is simply beyond our own means. While the plights of Bilongo, Omari and Jagwasi are by no means unique in a country full of desperation, it is within our power to help them and their families directly. We are asking for donations of $5. Of course we will accept any amount you can muster, but we believe that with enough contributions of $5 we can make a huge difference in our friends' lives.

To make a donation, please go to PayPal and choose "send money". When asked for the email address of the recipient, enter service@kanyokanyo.com. Please feel free to forward this message. We thank you in advance for your compassion and we hope that your help will enable us to compose a song of thanks for our next album.

The group previously had rely on support from current Democrat leadership candidate Barrack Obama to secure them visas to the US to perform in Chicago, as well as suffering the death of lead singer Otieno Jagwasi in 2005 to liver failure. With the remarkable Hera Ma Nono (review), released at the tail end of last year, this is another cruel blow for the act, so perhaps cough up some cash, eh?